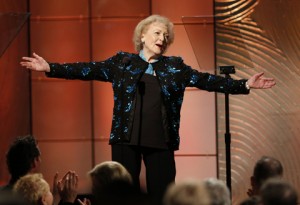 I had no idea that my 16-year-old son is older than Google, which celebrates its 15-year anniversary. I’m disappointed there was no Google Doodle for it. Here are 15 things you may not have known about Google.

BTW, hat tip to Lizette Chapman at WSJ for reporting that one thing Microsoft isn’t getting after its $7 billion purchase this week of Nokia is Nokia Growth Partners. Although their future is uncertain.

Yahoo last night finally announced its new logo. The news made me nostalgic for the Yahoo yoddle, which you also get at the end of this Tumblr post by Yahoo’s CMO. The company cycled through 30 different options over the past month and Gizmodo had suggested the company keep changing it every day until the end of days. Today, Gizmodo says the logo is boring, and intentionally so. What do you think? I guess it’s supposed to be optimized for mobile and its looks more grown up. You all know, of course, that I don’t have to use the exclamation mark, as per the Reuters Handbook on company names. Yahoo and Yum, take that!

On Tuesday, I may have fawned over the opening of the $6.4 billion new eastern span of the Bay Bridge. I believe I undersold it. It’s a beautiful, iconic structure that I dare say will match, if not exceed the allure of the Golden Gate Bridge, which westbound drivers on the Bay Bridge get a sweeping glimpse of as they enter the Treasure Island tunnel I look forward to many more rides and Instagram pics. And to think we got the new bridge without a $5.6 million fanfare celebration.

Looking for a raise? Good luck with that.

Say it is so, Joe. Joe Theismann makes his Super Bowl prediction.  Hint: It’s a repeat of Super Bowl XXIV.

Cause of the Rim Fire in California has been determined.