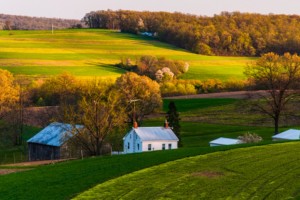 The long-time chairman of the board at the Pennsylvania State Employees’ Retirement System, Nicholas Maiale, who helped move the system into alternative investments, has decided to step down amid an investigation into the system’s former CIO.

Maiale, who served as board chairman for about 22 years, officially resigned his chairmanship Friday, and will vacate his board seat at the end of the regular meeting on Jan. 22, 2014, according to a letter he wrote to Pennsylvania Governor Tom Corbett.

“I believe that SERS board and staff has done an outstanding job serving the retirees, state employees and taxpayers of Pennsylvania,” Maiale wrote. “Despite the underfunding, caused by a variety of factors, the fund is secure and able to meet its obligations in the years to come.”

Maiale decided “the overall landscape” was such that it was time to move on, he told me during a recent interview from his law offices in Philadelphia.

His decision comes after the system’s chief investment officer, Anthony Clark, who came on board in 2011, resigned under fire for alleged misconduct. A whistleblower claimed the CIO hid losses from the board in a $250 million investment with the Tiger Keystone Ventures hedge fund, according to media reports. Also, allegations were made that Clark spent time trading on his own account using his work computer, the reports said.

The PA SERS board authorized an investigation into the allegations last month, as well as a review into the system’s due diligence process, a PA SERS spokesperson told me in a prior interview. Pennsylvania’s state Treasurer Rob McCord, also a member of the PA SERS board, has criticized Maiale’s handling of the claims against Clark.

The allegations, if proven, would represent “ethical misconduct, nothing higher than that,” Maiale said. “Some people have tried to politicize it. I thought Tony Clark did a real good job.”

Maiale leaves a board on which he has served since the 1980s. He joined in 1985 as a state representative appointed to the board by House Speaker Leroy Irvis. He was named chairman of the board in 1992 by then-Pennsylvania Governor Robert Casey, and re-appointed in 2003 by former Governor Tom Ridge and in 2009 by former Governor Ed Rendell.

As a board member and as chair, he played a key role in moving the system’s investment portfolio into private equity and venture capital, he told me. Early in his chairmanship, the system hired Peter Gilbert as CIO (in 1993).

“When I joined in 1985, we made our first venture capital investment,” he said. “After I became chairman, we greatly began to increase our investments [in private equity and venture capital],” Maiale said.

Private equity has been an integral part of the investment portfolio at the system, Maiale said. During his time as chairman, private equity was the best performing asset class, he said. PA SERS alternatives investment portfolio has earned an annualized return of 11 percent since inception in January 1986, according to a spokesperson for the system.

In 2013, PA SERS, like other LPs, received strong distributions from its private equity holdings – more than $1.4 billion in fact from alternatives, which include private equity, special situations and venture capital.

It’s not clear who Pennsylvania Governor Tom Corbett will name as the new chair; the governor designates the chair from existing board members, the system spokesperson said.