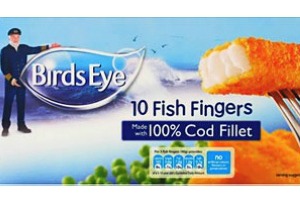 (Reuters) – Private equity group Permira is preparing a sale of Iglo, the maker of Birds Eye fish fingers, after approaches from rival buyout firms that could result in a 3 billion euro ($4 billion) deal, people familiar with the situation said.

Europe’s largest frozen food group, which has annual sales of more than 1.1 billion euros, has attracted interest from private equity firms including Blackstone, BC Partners and Cinven, encouraging owner Permira to hire Credit Suisse to find a buyer for the former Unilever business, the people said on Monday.

Although frozen food has been losing popularity with many European consumers, Permira has pushed annual sales up 2 percent and the business is expected to make core (EBITDA) profit of more than 320 million euros in 2011.

The sale could attract interest from Asia and in particular from China’s Bright Food, which has bid before for European food groups including United Biscuits.

But food groups in Europe are not expected to lead the race, because large companies such as Nestle and Unilever have been keen to exit the shrinking frozen foods market by selling out to private equity.
Private equity firms have their own issues to contend with.

Large multi-billion euro deals have all but dried up again as debt financing remains difficult and pricey to secure.

Permira has looked at a possible float and has concluded it would get a better multiple of around 9 times core earnings (EBITDA) from a sale compared to just 7.0-7.5 times in a listing as a medium-sized European food company, sources said.

“There is a concern Permira would not get a good multiple in a flotation, so the best process is to look for an outright sale, but it could be a struggle to sell this business as it is fairly large,” said one source.

The group, famous for its fish fingers and frozen peas, reported a 3.5 percent rise in sales in the first half of 2011 with core profit up 8.3 percent to 159.9 million euros. Full year results are due in the next few weeks.

Unilever sold most of its European frozen foods business to Permira in 2006 for 1.73 billion euros, and then sold its remaining Findus Italy business in 2010 for 805 million euros also to Permira. Unilever had initially kept back this business from the sale due to its close links with its ice cream unit in Italy.

Europe’s frozen food industry has struggled to achieve sales growth as consumers have opted for fresh and chilled products. Permira has responded at Iglo by cutting costs and looking to drive growth with new products and promotions.

Europe’s second largest frozen foods company Findus Group, which has no links to Findus Italy, is not thought to be interested.

Findus Group is owned by Lion Capital, which bought the business in 2008, bringing together the former Nestle-owned Findus food business and Young’s Blue Crest Seafood.

Private equity group Lion has expressed interest in selling some of its Findus Group, and is seen as an unlikely bidder for Iglo due to its large size.

Iglo is one of three European private equity-owned food businesses up for sale this year, and all three look set to be sold on to other private equity houses.

United Biscuits has put its snacks business up for sale for which private equity owners Blackstone and PAI Partners hope to get 500 million pounds. Credit Suisse is again advising the sellers.

In addition, Europe’s largest private equity ice cream business R&R is also up for sale by U.S. private equity group Oaktree Capital which is being advised by Barclays. The company is likely to be worth around $1 billion.