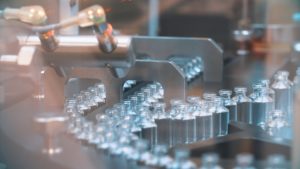 Intent on capturing more biologics and sterile manufacturing capabilities, PE-backed PCI Pharma Services is flexing its muscles with a $1.5 billion deal for Permira’s LSNE, according to three sources with knowledge of the deal terms.

The pending transaction, announced Tuesday, put a quick stop to an RBC Capital Markets-run sale process that kicked off just over a month ago. Jefferies advised PCI on the transaction.

As witnessed by many prized assets in pharma services today, the process accelerated rapidly ahead of its final bid date set for the end of October, one source added. Another party in the running preempted the process for LSNE last week, before PCI, a global contract development and manufacturing organization, was given an opportunity to react to the other party, this person said.

Indicating a strong outcome for Permira, a $1.5 billion valuation implies a close to 40x multiple, based upon LSNE’s $38 million in trailing 12 month EBITDA as of June 2021, according to PE Hub sources. Permira’s investment in LSNE dates to March 2017.

For PCI – whose majority owner is Kohlberg & Co, followed by Partners Group and Mubadala Investment – the acquisition is viewed as a highly strategic and intentional move.

Importantly, PCI grows its mix of work in large molecules and biologics. Lyophilization, which refers to freeze-drying processes to help keep drugs and medical devices sterile, is commonly used within the fast-growing injectable and biologic therapies markets.

About 30 percent of PCI’s revenue is derived from the biologics market today; With this acquisition, that portion of business is on track to hit about 50 percent in two or three years, one source said.

Geographically, the acquisition will strengthen PCI’s global 30-site network, adding five FDA-approved facilities in the US (spanning New Hampshire and Wisconsin) and Europe (Spain). A sixth facility is expecting approval over the coming months and three additional facilities are under development, a Tuesday announcement said.

The $1.5 billion deal comes a little over a year after Kohlberg & Co preempted a sale process for PCI – one of the more highly anticipated healthcare deals of summer 2020. The deal valued PCI at $3-billion-plus, with existing investor Partners rolling a minority stake and Mubadala, an Abu Dhabi-based sovereign investor, joining the investor base.

Partners’ investment dates to June 2016, when it bought a majority stake in PCI from Frazier Healthcare Partners, the latter which retained a minority equity stake. The deal valued PCI at just under $1.1 billion, the Wall Street Journal reported at the time.

Other companies of a similar vein to LSNE include Grand River Aseptic Manufacturing, which Arlington Capital Partners, a Chevy Case, Maryland-based mid-market firm, has owned since 2017.

Grand River, of Grand Rapids, Michigan, specializes in sterile injectable manufacturing and has played a role in the fight against the global pandemic, with its aseptic fill-and-finish services supporting the supply of Johnson & Johnson’s COVID-19 vaccine.

Permira and Kohlberg declined to comment. Partners, RBC and PCI did not immediately return PE Hub’s requests for comment.