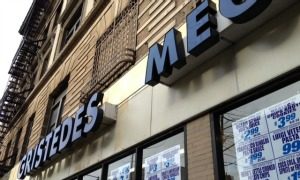 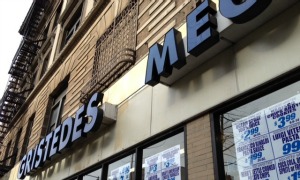 John Catsimatidis is a Ross Perot of sorts, always threatening to throw a fortune at what will be another failed political endeavor. He keeps trying to challenge bigger competitors, like Mayor Bloomberg or Christine Quinn.

But he shouldn’t take it too hard when he’s not elected. He’ll always be New York’s mayor of the produce section. Indeed, Catsimatidis would likely have a bunch of LBO shops clamoring for his ubiquitous New York City supermarket chain, Gristedes, should he decide to sell it.

PE firms have increasingly been targeting supermarket chains for deals—and there has been some notable deal activity on New York’s corners.

Speaking with peHUB, AUA partner Steven Flyer said that they aim to introduce products for Korean and Middle Eastern customers and increase store count. He is aware that the city that never sleeps is also one that constantly snacks, and competitors are encroaching on Associated Foods’s territory.

“Non-traditional food retailers are starting to add new categories to their offerings,” including groceries, Flyer said, acknowledging competition in places like Duane Reade and 7-11.

The former has gone to great lengths to re-design stores and add customer magnets like in-house beer growler refill stations.

Duane Reade, of course, is a former Oak Hill Capital Partners portfolio company that was dealt to Walgreens in a 2010 deal for more than $1 billion.

The city’s grocers, up against picturesque aisles belonging to Whole Foods, are forced to adapt in a market dealmakers say is likely to continue consolidating. Flyer said Associated Foods’s potential plans include adding more organic and natural products—or, potentially, even pharmacies. The latter, he says, would require a substantial reconsideration of how square footage is used, as well as the addressing of legal and regulatory issues.

It has been expected retail investors would clamor to get a piece of the New York supermarket action as well. Fairway, backed by Sterling Investment Partners, is another New York City-based chain that was planning an IPO until Hurricane Sandy delayed the offering. One recent report stated Fairway would still pursue the offering this spring.