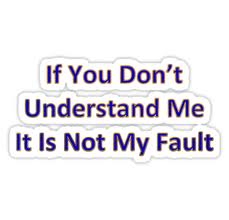 Rowe offered a fairly strong defense of the industry, lamenting sound bites that focus on fees and compensation. While admitting that fees private equity firms charge can be high, she noted that the alternative investment program at Teachers’, which makes direct investments as well as investments in private equity funds, has generated a net IRR of 19 percent over 20 years. “We do actually help create value in companies.”

Josh Lerner said that policy makers in Washington D.C., generally speaking, are simply “shockingly unaware” of the nuanced differences between private equity, venture capital and hedge funds. “They all seem to fall into this category of rich white guys making money quickly,” he said. Exacerbating the problem, Lerner said, is “the speed of turnover” that characterizes a lot of policy circles in D.C.

Cox posed the interesting question of what, if anything, Romney’s experience turning around companies would bring to the presidency. While acknowledging that private equity imparts certain skill sets, such as increasing productivity at portfolio companies, the complexity of the federal government “dwarves” challenges that private equity firms face with companies, Lerner said.

On the question of carried interest, Fenton, of Benchmark, said that any change in its tax treatment wouldn’t deter him or his firm. “I would pay to do our job, I love it so much,” he said, adding that the idea that tax changes would change that are “ludicrous.” “Our motivations remain the same, tax code independent.”

Looking to the future, Lerner predicted that in 10 years the private equity industry will be driven by firms that are based in emerging markets. These firms, like China’s Hony Capital, are positioning themselves to be the “megafunds of tomorrow,” Lerner said.