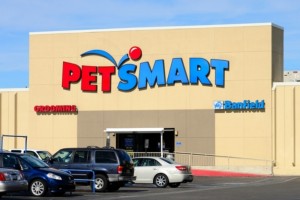 PetSmart Inc has hired investment bank JPMorgan Chase & Co to evaluate a range of alternatives, including a leveraged share buyback and a potential deal with private equity, according to people familiar with the matter.

PetSmart’s hiring of JPMorgan in recent weeks comes as investor pressure mounts on the pet supply store chain to sell itself, at a time when fierce competition from large retailers including Wal-Mart and Amazon squeezes specialty stores.

Activist investment firm Jana Partners LLC, as well as Longview Asset Management, which together own a stake of close to 20 percent in PetSmart, have urged the nearly $7 billion company to pursue a sale.

Buyout firms have long been interested in the prospect of taking PetSmart private and the latest pressure from large shareholders have prompted several to explore a leveraged buyout, people familiar with the matter said, asking not to be named because the matter is not private.

PetSmart’s evaluation of strategic alternatives is in the very early stages, and the company is currently more inclined to pursue a leveraged buyback – taking on debt to conduct a big share repurchase program, than other deal options, the people said.

PetSmart is expected by analysts to generate $930 million of earnings before interest, tax, depreciation and amortization this year, and its nearly debt-free balance sheet also can withstand some borrowing.

Jana, run by Barry Rosenstein, often pressures companies it invests in to change strategies or sell themselves. It disclosed a stake in grocery chain Safeway Inc in September and asked it to explore strategic alternatives.

Safeway eventually agreed to be acquired by private equity firm Cerberus Capital Management in a deal valued at about $9.4 billion in March.

In response to shareholder pressure, PetSmart said on July 7 that it is reviewing potential changes in its capital structure, with a focus on returning capital to shareholders.

The Phoenix, Arizona-based retailer, founded in 1986, has about 53,000 employees, operates more than 1,340 pet stores, as well as 200 in-store dog and cat boarding facilities, according to its website.