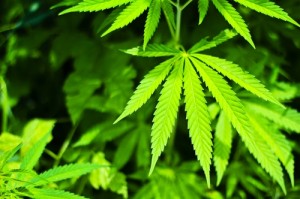 PharmaCan Capital, a merchant bank that invests in global medical and legal marijuana markets, has completed a brokered private placement financing of common shares. The qualifying transaction is in connection to a proposed combination with capital pool company Searchtech Ventures Inc (TSXV: MJN) that will provide PharmaCan with a public listing. To date, PharmaCan has raised $12.9 million in proceeds. The Toronto-based merchant bank said it has made investments in several companies that are either licensed to produce medical marijuana or are in the process of seeking a license.

Further to a Press Release dated July 17, 2014 of Searchtech Ventures Inc. (“Searchtech”) (TSX VENTURE:MJN) a Capital Pool Company, announcing the signing of a letter of intent (the “LOI”) between Searchtech and Hortican Inc. dba PharmaCan Capital (“PharmaCan”) with respect to a proposed business combination (the “Transaction”) intended to constitute Searchtech’s Qualifying Transaction, as such term is defined by the TSX Venture Exchange (the “Exchange”), Searchtech is pleased to announce the successful completion by PharmaCan of a brokered private placement financing of common shares of PharmaCan.

A total of 1,040,816 PharmaCan common shares have been sold at arm’s length to a prominent North American institutional investor at $2.45 per share for gross proceeds of $2.55 million. M Partners Inc. acted as lead agent and received a cash commission of 4% of the aggregate proceeds. Funds were released to PharmaCan on closing and proceeds will be used to carry on the business of the proposed resulting issuer (“ResultCo”). To date, PharmaCan has raised $12,909,625. There are 15,336,649 issued and outstanding shares of PharmaCan (the “PharmaCan Shares”).

The Transaction will be structured as a three-cornered amalgamation in which PharmaCan will amalgamate with a new wholly owned subsidiary of Searchtech formed solely for the purpose of facilitating the Transaction. Immediately prior to the closing of the Transaction, Searchtech will change its name to PharmaCan Capital Corp. and consolidate its common shares (the “Searchtech Shares”) on a seven to one basis (the “Consolidation”) resulting in 1,686,228 basic post-consolidation shares.

Subject to regulatory approval, and immediately following the Consolidation, Searchtech will acquire all of the currently issued and outstanding securities of PharmaCan by issuing approximately 32,727,884 post-consolidation Searchtech Shares to shareholders of PharmaCan in exchange for all of the issued and outstanding PharmaCan Shares, on the basis of approximately 2.1339 Searchtech Shares for each 1 PharmaCan Share (the “Conversion Ratio”). PharmaCan has also issued warrants, stock options, and convertible debentures which will also be exchanged at the Conversion Ratio, and the exercise prices for such securities will be divided by the Conversion Ratio.

Upon completion of the Transaction, there will be approximately 34,414,112 basic issued and outstanding shares of ResultCo.

PharmaCan is a company in the business of investing in companies either licensed, or actively seeking a license, to produce medical marihuana pursuant to the Marihuana for Medical Purposes Regulations (“MMPR”). The MMPR came into force in October 2013. As of July 1, 2014, thirteen companies are listed on the Heath Canada website as fully licensed to produce and sell medical marihuana. PharmaCan has made investments in several companies that are either licensed, or in the process of seeking a license (collectively, the “PharmaCan Investees”). In the case of PharmaCan Investees that have not yet acquired a license, additional investment is conditional upon receipt of an MMPR license being obtained.

Searchtech is a capital pool company governed by Exchange policies. Searchtech’s principal business is the identification and evaluation of assets or businesses with a view to completing a qualifying transaction within the meaning of Exchange policies.

Investors are cautioned that, except as disclosed in the management information circular or filing statement to be prepared in connection with the transaction, any information released or received with respect to the transaction may not be accurate or complete and should not be relied upon. Trading in the securities of a capital pool company should be considered highly speculative.

Certain information in this press release may constitute forward-looking information. This information is based on current expectations that are subject to significant risks and uncertainties that are difficult to predict. Actual results might differ materially from results suggested in any forward-looking statements. Neither Searchtech nor PharmaCan assumes any obligation to update the forward-looking statements, or to update the reasons why actual results could differ from those reflected in the forward looking-statements, unless and until required by applicable securities laws. Additional information identifying risks and uncertainties is contained in Searchtech’s filings with the Canadian securities regulators, which filings are available at www.sedar.com.