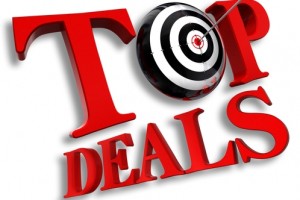 One large transaction led the global M&A sector this week.

ConocoPhillips on Tuesday completed the spinoff of its refining, marketing, chemical and transportation arm, Reuters reported. Phillips 66 began trading on the NYSE under the ticker “PSX.” The spinoff was valued at about $20.9 billion, according to Dealogic and Thomson Reuters.

The Phillips 66 spinoff was the week’s top deal and gave mergers a significant bump in deal value. There were 446 global announced transactions for the time period, valued at roughly $68.1 billion, Dealogic said. By comparison, Thomson Reuters reported that there were 344 global announced deals, totaling $56.9 billion.

On the private equity side, transactions improved from last week’s dormant state. There were 52 PE-backed global announced transactions, totaling about $6.2 billion. In terms of deal value, the $6.2 billion was the third best week for PE deals, according to Thomson Reuters data.

Here are the top 5 PE deals, according to Thomson Reuters (publisher of peHUB).

In the U.K., Capital & Regional and Oaktree Capital Management agreed to buy the Kingfisher Shopping Center from Scottish Widows Investment Partnership, according to the Redditch Standard.

The Kingfisher is a “dominant sub-regional mall” with anchor retailers including Debenhams, M&S and Primark, PropertyEU said.

Denbury Resources agreed to buy Thomson Field in Texas this week for $360 million.

Thomson Field produces about 2,200 barrels of oil per day and reserves are estimated at about 17 million barrels of oil, Reuters reported.

The P.F. Chang’s takeover is the week’s third biggest deal, according to Thomson Reuters.

This week’s second largest deal comes from Guy Hand’s PE firm. Terra Firma Capital Partners agreed to buy the British nursing home operator for up to £825 million, or $1.3 billion, according to the New York Times.

The $2 billion breakup of Collective Brands was the week’s top PE deal. Wolverine Worldwide, Blum Capital and Golden Gate Capital agreed to buy Collective for $21.75 a share. Collective is known for footwear brands like Sperry Top-Sider and Keds. It also has retailer Payless ShoeSource, the Los Angeles Times reported.

As part of the deal, Wolverine will end up with  Collective’s Performance + Lifestyle Group, the umbrella company for brands such as Sperry, Keds, Saucony and Stride Rite, the L.A. Times said.