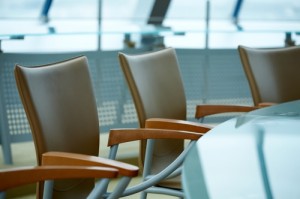 Sheldon Inwentash, chairman and CEO of Canadian investment and merchant banking firm Pinetree Capital, will resign his position at the firm, as well as his seat on the board of directors. The resignation is a result of an agreement with certain debenture holders concerning the firm’s default of a debt covenant. Richard Patricio, the firm’s vice president of corporate and legal affairs, will assume the responsibilities of CEO in the interim. Based in Toronto, Pinetree invests in energy, precious metals and technology companies.

TORONTO, CANADA–(Marketwired – Jan. 26, 2015) – Pinetree Capital Ltd. (TSX:PNP)(TSX:PNP.DB) announces that it has reached an agreement with certain holders (the “Supporting Debentureholders”) of its 10% convertible unsecured subordinated debentures due May 31, 2016 (the “Debentures”) in respect of the company’s existing default of the debt covenant contained in the debenture indenture governing the Debentures (the “Indenture”), which prohibits Pinetree’s debt-to-assets ratio from exceeding 33% as at the end of each month (the “Covenant”). As of January 23, 2015, the current default of the Covenant became an “Event of Default” under the Indenture when the default was neither cured nor waived by that date.

The company and the Supporting Debentureholders, who collectively hold in excess of $39 million principal amount of the Debentures, representing over 71% of the $54.822 million principal amount of the Debentures outstanding, have executed a term sheet which provides, subject to the satisfaction of certain conditions, that the Supporting Debentureholders will not, until the earlier of the execution of a forbearance agreement (the “Forbearance Agreement”) and January 30, 2015, exercise any rights or remedies that they may have under the Indenture or otherwise in respect of the existing Event of Default, and will direct the trustee to cancel any declaration that may be made by the trustee that the principal of and interest on the Debentures is due and payable in connection with the Event of Default.

The term sheet contemplates a Forbearance Agreement which will contain the following terms:
the Supporting Debentureholders will have the right to nominate up to three directors to the company’s board of directors; two of whom will constitute an investment oversight committee to be established by the company;
the company will grant security over its assets in favour of all holders of the Debentures;
the company will utilize at least $20 million to reduce the aggregate principal amount of the outstanding Debentures by July 31, 2015, and will be subject to a debt-to-assets ratio of 50% (in lieu of 33%) for the three-month period of July through September;
the Indenture will be amended to remove restrictions on the company’s redemption rights, subject to the approval of the Toronto Stock Exchange; and
the trustee and the Debenture holders will refrain from exercising any rights or remedies that they may have against the company under the Indenture or otherwise, as a result of the current default and any subsequent default in respect of the Covenant occurring up to October 31, 2015.

In connection with the execution of the Forbearance Agreement, each of Messrs. Roger Rai, Sheldon Inwentash and Marshall Auerback will resign from the board of directors of the company. As well, Mr. Inwentash will resign as Chairman and CEO of the company. Richard Patricio, the company’s Vice-President, Corporate and Legal Affairs will assume the responsibilities of Interim CEO.

“We are pleased that the debt holders are supportive of our business and committed to working with us to move the company forward, for the benefit of all stakeholders,” commented Mr. Patricio. “With everyone now focused on a common goal, we can dedicate our energy to managing the portfolio and pursuing opportunities.”

About Pinetree
Pinetree Capital Ltd. (“Pinetree”) was incorporated under the laws of the Province of Ontario and its shares are publicly-traded on the Toronto Stock Exchange (“TSX”) under the symbol “PNP”. Pinetree is a diversified investment and merchant banking firm focused on the small cap market. Pinetree’s investments are primarily in the following sectors: Precious Metals, Uranium and Technology. Pinetree’s investment approach is to develop a macro view of a sector, build a position consistent with the view by identifying micro-cap opportunities within that sector, and devise an exit strategy designed to maximize our relative return in light of changing fundamentals and opportunities. Pinetree is recognized as a value added partner.

NOTE REGARDING FORWARD-LOOKING INFORMATION
Certain information contained in this press release constitutes forward-looking information, which is information relating to possible events, conditions or results of operations of the company, which are based on assumptions about future economic conditions and courses of action and which are inherently uncertain. All information other than statements of historical fact may be forward-looking information. Forward-looking information is often, but not always, identified by the use of words such as “seek”, “anticipate”, “budget”, “plan”, “continue”, “estimate”, “expect”, “forecast”, “may”, “will”, “project”, “predict”, “potential”, “target”, “intend”, “could”, “might”, “should”, “believe”, and similar words or phrases (including negative variations) suggesting future outcomes or statements regarding an outlook. Forward-looking information in this press release includes, but is not limited to, statements with respect to: the Forbearance Agreement and associated changes relating to the Debentures; the debentureholders forbearing the exercise of their rights and remedies against the company; and the reduction of the company’s outstanding debt.

Forward-looking information involves known and unknown risks, uncertainties and other factors that may cause actual results or events to differ materially from those anticipated in such forward-looking information. We believe that the expectations reflected in the forward-looking information are reasonable but no assurance can be given that these expectations will prove to be correct. Some of the risks and other factors which could cause results to differ materially from those expressed in forward-looking information contained in this press release include, but are not limited to: if the parties do not enter into the Forbearance Agreement within the proposed time (or an extension is not otherwise obtained), absent some other agreement reached with the holders of Debentures, the principal of and interest on the Debentures could be declared due and payable; if the Forbearance Agreement is entered into, the company’s ability to reduce its outstanding debt will be dependent upon some factors outside of the company’s control, including the ability to generate capital to fund Debenture purchases and the willingness of Debenture holders, in some cases, to sell their Debentures and at prices acceptable to the company.

All of the forward-looking information contained in this press release is expressly qualified by this cautionary statement.