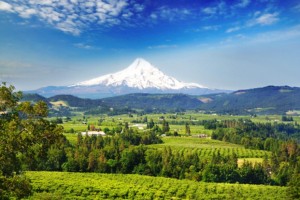 Oregon State Treasurer Ted Wheeler has been discussing ways of transforming the Oregon Investment Council, which manages about $74 billion in total assets, into more of an independent agency with greater power to set compensation, as well as hire and fire employees.

Wheeler introduced a bill in the state senate earlier this year, Senate Bill 120, that would have converted the OIC into a quasi-public corporation. Under the bill, OIC would have been governed by a board of directors and an executive director.

However, the bill never made it out of committee in the senate and is considered “dead” once the senate adjourns for the year, according to James Sinks, a spokesperson with Wheeler’s office. A new bill will have to be introduced in 2014, and it will entail finding a sponsor, Sinks said.

Despite the setback, Wheeler and other officials such as John Skjervem, the chief investment officer of the Oregon State Treasury, and Keith Larson, chairman of the OIC, still want to restructure the OIC as a way to enhance governance and build more effective investment oversight. The OIC would also have more flexibility to build up its investment staff, allowing it to bring the management of certain assets in-house.

In terms of compensation, Sinks said salary considerations were not a primary reason for the proposed restructuring.

“We believe the Oregon compensation package currently has been competitive enough to allow us to hire top caliber professionals,” Sinks said. “That said, the envisioned legislation would give the OIC, as fiduciaries, the ability and responsibility to adjust compensation if deemed necessary to attract and retain staff.”

“The first thing our private market GPs tell us repeatedly in terms of what makes a good LP is continuity of staff,” Skjervem said during a keynote speech at PartnerConnect West in Half Moon Bay, California, last week.

Skjervem explained that the restructuring would give OIC the ability to expand its staff from 13 investment professionals (including Skjervem) to some 20 to 25. “We are lean and mean … [We] wear that as a badge of honor, but we’re starting to push the envelope on how lean and mean we can be,” Skjervem said.

Under the new structure, the management of private equity assets would not change, Skjervem said. The portfolio, which Skjervem described as long-lived and well-performing, would continue to be outsourced to fund sponsors.

While this year’s bill is done, Wheeler continues to have discussions with representatives of state employees and legislators to find a way to keep up the momentum. Talks could lead to changes in a future bill that “would increase the likelihood of passage,” Sinks said.