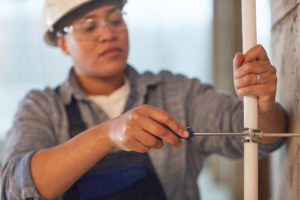 While she has not said whether or not she will vote for the $739 billion Inflation Reduction Act of 2022, which Senator Joe Manchin (D-WV) and Senate Majority Leader Chuck Schumer (D-NY) reached an agreement on last week, Sinema’s support is reportedly contingent upon adding $5 billion for drought resiliency and taking out the provision that would generate $14 billion in revenue for the federal government by increasing taxes on carried interest from private equity and venture capital investors. Manchin insisted the carried interest provision be included.

Democrats need all 50 members of their caucus to pass the legislation. We’re on the edge of our seats watching this one.

No place like home. Companies that focus on home improvement got a big boost in the early days of the pandemic, when lockdowns forced us to stay put. Now, it looks like the uncertain economy is motivating consumers to make sure they’re maximizing the value of their homes.

Providers of services that help people maintain, repair and improve their homes are receiving a lot of interest from private equity buyers this year.
This morning, PE Hub published a pair of articles highlighting recent deals.

“We like to invest in businesses that are recession resistant, have recurring revenue, and have a high free cash flow profile, meaning that they don’t require lot of working capital or capital equipment to operate,” explained Jeff Aiello, TSCP’s managing director. He said TSCP likes to invest in businesses that are in large, fragmented markets that allow for add-on acquisitions that bring strategic opportunities at time of sale.

“I would say pest control checks all those boxes,” he said.

For more on PE-backed plumbing deals, read the whole story.

Undiscovered and overlooked. Over at New Private Markets, Toby Mitchenall has a story about a young London-based venture capital firm with an interesting perspective on diversity. Cornerstone VC backs “undiscovered, overlooked founders, which tend to be founders from diverse backgrounds,” said Rodney Appiah, founder and managing partner. He leads the firm alongside two partners: his brother Edwin Appiah and Wilfred Fianko.

Cornerstone VC was born out of a Black-led angel investor group, Cornerstone Partners, which Appiah co-founded in 2016. The young firm has just held a first close of $24 million for its debut fund, raised from a mix of institutions and individuals, including BGF, a UK-focused growth investor, The Hg Foundation, European VC firm Atomico, Nic Humphries from Hg and former Silverfleet Capital chairman Neill MacDougal.

Taking both inherent and acquired diversity into consideration mitigates one perceived issue that investors could have with funds backing diverse teams.

“One of the challenges that LPs have considered with diversity-focused funds is that the pool is too narrow,” Appiah said. “If you look at the number of ethnic minorities in the UK, they represent 18 percent of the population, and that population is highly concentrated in London. The beauty of looking at diversity with a much broader lens – at both acquired and inherent diversity – is that you can start to look at diverse teams rather than just diverse individuals. And that opens up the pipeline potential to invest capital to hopefully drive commercial returns over the longer term.”

That’s all for now. I’ll be back tomorrow with the Wire.

Happy dealmaking until then,