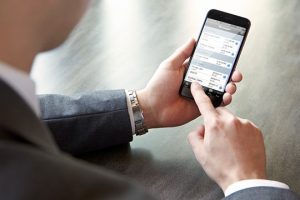 Polycom Inc (PLCM.O) said it received a revised offer from a private equity firm, the third time the bidder has revised its offer since the U.S. video conferencing equipment maker agreed to be acquired by Canada’s Mitel Networks Corp (MNW.TO).

Polycom’s shares rose about 2.5 percent to the new offer price of US$12.25 in light pre-market trading on Wednesday.

The revised offer values Polycom at US$1.66 billion, based on its outstanding shares as of April 21. Mitel’s cash-and-stock deal was valued at US$1.96 billion in April.

Polycom, which did not name the private equity firm, said in a filing that the new offer comprised US$650 million of equity financing and US$950 million of debt financing.

Mitel and Polycom announced a deal on April 15, bowing to pressure from U.S. hedge fund investor Elliott Management. In October, Elliott had disclosed a stake of 6.6 percent in Polycom and of 9.6 percent in Mitel.

San Jose, California-based Polycom said on Wednesday that its board still recommended its shareholders vote in favour of the Mitel deal.

Mitel reiterated in a statement that its acquisition offered “superior and greater upside to both Polycom and Mitel.”

The tax “inversion” deal will help Polycom trim its tax bill as the combined company will be based in Canada. Mitel executives have brushed off concerns the deal could be affected by the U.S. Treasury’s new tax inversion rules.

The private equity firm’s previous offer in May comprised a cash dividend of US$11 per share and purchase of US$650 million in shares of a new convertible preferred stock of Polycom.

The private equity firm has held deal talks with Polycom since 2015, according to a filing by Mitel in May.