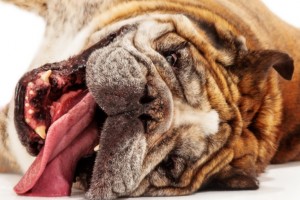 Hitting the market with a fresh new fund for investments in private equity secondaries is a tricky prospect today because of sky-high prices. The trick is to pick your deals carefully, said Michael Granoff, chief executive officer of secondary firm Pomona Capital.

“It’s not an easy time to buy assets in the secondary market … It’s hard to find cheap assets,” Granoff said. “We have to look hard to find the kind of assets we want to buy, and that we can buy at the price we’re willing to pay.”

Pomona announced April 14 it held a final close on its Pomona Capital VIII fund at its hard cap of $1.75 billion. The fund had been in the market for more than a year. It held a first close in October 2012.

Pricing has been robust in the busy secondary market, which saw somewhere between $27 billion and $30 billion last year, according to intermediaries Cogent Partners and Setter Capital. Cogent, in its full year 2013 pricing report released earlier this year, said that pricing for all secondary strategies increased to 89 percent of net asset value on average in the second half of 2013. Increasing pricing was driven by buyout fund pricing, which came in around 92 percent of NAV—the highest level seen since the global financial crisis, Cogent wrote in the report.

Pomona has been deploying capital, however, with Fund VIII already about 25 percent deployed. The fund made an early investment, buying a portfolio of LP commitments from its parent company, the Dutch financial conglomerate ING. The LP stakes were sold at a discount to net asset value.

The deal took away some of the blind pool risk that private equity LPs have to deal with by making commitments to a fund that hasn’t yet started to invest. “People could look at the assets and see the performance of them, and buy into something that was already known. That differentiated the fund in the market,” Granoff said.

One thing Pomona is not enthusiastic about is GP fund restructurings, in which secondary firms or other capital providers invest in older funds, buying out existing LPs and extending the life of the investment vehicle.

“Really good funds don’t need to be restructured. [In restructurings,] you’re dealing with funds that are troubled somehow, and you need to convince yourself you understand the [underlying] assets better than the people who own them. That’s not an easy way to make money,” Granoff said.