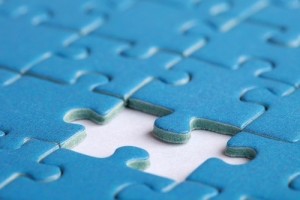 Doug Kelly, a partner at Pomona Capital, has left the firm, according to a person with knowledge of the situation.

Kelly is no longer on Pomona’s website. His name appears in an archived version of the website from October 2014.

Kelly joined Pomona in 2007 focusing on sourcing and investment analysis for secondaries and co-investments, according to the archived version of Pomona’s website.

Prior to Pomona, Kelly worked as a director at Barclays Capital. He also worked as a senior vice president at GE Capital, responsible for originating, structuring and underwriting private equity investments, the website said.

Pomona closed its eighth secondaries fund on $1.75 billion in April 2014. At the time of the final close, Pomona had deployed about 25 percent of the fund, including a purchase of a portfolio of LP commitments from its parent company, Dutch financial conglomerate ING. The LP stakes were sold at a discount to net asset value.

That deal helped Pomona build momentum for Fund VIII, as it took away some of the blind pool risk LPs sign up for in funds that have yet to begin investing.

“People could look at the assets and see the performance of them, and buy into something that was already known,” Granoff said in an interview with Buyouts at the time. “That differentiated the fund in the market.”

In May, Pomona said it launched Pomona Investment Fund, which seeks to give accredited investors access to private equity investing, with a minimum $25,000 subscription requirement. Voya Investments Distributor LLC is the distributor. The majority of the fund’s investments were slated to be in secondary interests in private equity funds, with a supplementary focus on primary and direct commitments.