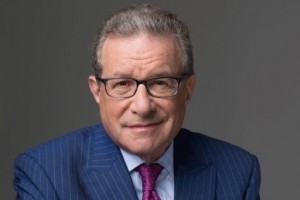 Finding the right chief executive for a portfolio company can be a tricky task. CEOs of portfolio companies need a different mindset than if they worked for a publicly-traded company, said Les Berglass, Chairman of Berglass + Associates.

CEOs need to be mentors, need to be able to delegate and “they have to be willing to admit they don’t know everything,” Berglass said.

Roughly 30 to 40 percent of Berglass’ business is comprised of recruiting executives to fill CEO spots at portfolio companies, he said. Finding such leaders takes time. Berglass advises PE firms to launch their search for a CEO as soon as they sign the letter of intent and begin due diligence. While Berglass + Associates targets finding a CEO within 90 days, it can take as long as six months to recruit a chief executive, he said.

Here are his tips for picking the right CEO:

1. Point of view: Berglass looks for a CEO that understands their role with a portfolio company will end sometime. From the first day they acquire a company, PE firms are looking for a path to an exit. This most often means a sale. Private equity firms typically hold their investments for three to five years. Oftentimes this can last longer, from five to seven years, Berglass said. This is much different than CEOs of public companies who don’t operate on such short timelines.

2. Skillset: Portfolio companies are basically stand-alone businesses, Berglass said. CEOs should have the ability or understanding to “run every function within a business,” he said. They should have previous experience running a stand-alone business, not a unit of a multi-divisional company with a shared service model, he said. “They have to really be in control of every line on a P/L and focused on the balance sheet, cash flow and banking relationships,” Berglass said.

4. Acting quickly: CEOs should be comfortable with the enormous freedom they will have as heads of portfolio companies. But they do need to hit their financial targets. “Private equity investors lose faith in leadership more quickly when they stumble than in a public company,” Berglass said. For example, Carly Fiorina spent roughly six years, from 1999 to 2005, as CEO of Hewlett Packard. During this period, HP’s financial performance was rocky but the company succeeded in buying Compaq, which some people now consider a wise move. Don’t expect so much leeway at a portfolio company, Berglass said. “PE firms give you less time to fail,” he said.