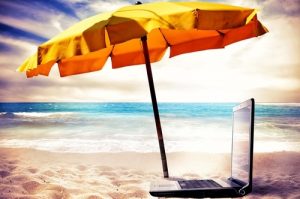 Portland Private Equity, a firm led by Canadian billionaire Michael Lee-Chin, expects a big return from its forthcoming sale of Columbus International, reinforcing Lee-Chin’s argument that there are major PE opportunities in the Caribbean region.

Cable & Wireless Communications (C&W) will this month close its buy of Columbus, a telecommunications provider based in Barbados.

Announced last November, the deal will see C&W pay US$3.025 billion, of which US$1.85 billion is the equity portion. C&W plans to use the business to enhance its mobile, fixed line, broadband and TV offering in Latin America.

The transaction gives an exit to AIC Caribbean Fund, the first PE partnership of Portland, which has backed Columbus since 2007. Lee-Chin told peHUB Canada that the fund will earn a 5.2x multiple on its US$65.8 million investment.

Columbus was launched in 2004 as a platform for buying and growing companies in the region’s fragmented telecom industry. Its Canadian co-founders, Brendan Paddick, formerly the head of Persona Communications, and John Risley, president and CEO of Clearwater Fine Foods, started out with a small cable services operator in the Bahamas.

In a short time, Columbus acquired its own fibre optic network and snapped up multiple wholesale and retail broadband assets, initially in the surrounding area, and eventually in Central and South America.

Lee-Chin entered the picture in 2005, when Paddick and Risley approached him for funding. He invested in Columbus through his Toronto family office Portland Holdings, and then transferred half of the stake to the PE fund. In 2013, another billionaire, Liberty Global chairman John Malone, also signed on as an investor.

Columbus completed 26 add-on acquisitions and established an operating presence in 42 national markets. As a result, it quickly emerged as a leading Latin American provider of cable TV, telephony and broadband with close to 700,000 customers.

Columbus also delivered a shot in the arm to the broader industry, which had a reputation for high costs and poor services, Lee-Chin said.

“As it expanded, Columbus raised the quality of telecommunications services in the region and simultaneously lowered the price by 90 percent,” he said.  That created ripple effects in call centres and other businesses, producing “widespread cost efficiencies.”

Lee-Chin believes Columbus’ growth story demonstrates that markets in the Caribbean and Latin America are “rich in opportunity.”

“When we were raising AIC Caribbean Fund, we felt there was a compelling argument for making private equity investments in the region,” he said. “Our own experience showed there was a treasure trove of opportunities there.”

Not everyone bought the pitch.

Portland nonetheless closed the fund in 2007 at US$225 million with capital commitments from pension funds, funds of funds, and development finance institutions, including Export Development Canada. Columbus was its first and largest disclosed investment.

Following the sale of Columbus, leading shareholders will hold a significant interest in the merged entity. Lee-Chin said Portland’s second partnership, Portland Caribbean Fund II, has also concluded a deal to ensure some exposure to its future growth.

Fund II is currently being marketed to raise US$300 million. Last July, it initially closed at US$100 million with commitments from new and existing LPs. The fund will make growth investments in scalable businesses in the Caribbean Basin, a broader geographic focus than Fund I that includes Central and South American countries.

Lee-Chin hopes fundraising will benefit from Fund I’s track record and a “change in perception” among some LPs.

“When it comes to opportunities in the Caribbean, there is a big difference between perception and reality,” he said. “We believe there are inefficiencies and a lack of equity capital in the region that can be exploited by an experienced investor with skin in the game.”

The Jamaican-born Lee-Chin is one of Canada’s 50 richest people according to Canadian Business. He rose to prominence by building money management firm AIC, which was sold to Manulife in 2009.

Photo of laptop on Caribbean beach courtesy of Shutterstock