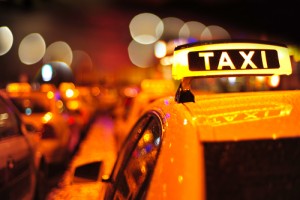 An MBA grad who has resorted to taxi driving, now is posting his resume in the back of his cab.

The resourceful (I guess), unconventional job hunting technique reminds me of the unemployed Wall Streeter who hit Park Avenue with sandwich boards and his resume this summer. Last we checked, he was waist deep in publicity but still unemployed (UPDATE: He got hired yesterday!). This taxi driver’s fate has been similarly unfruitful. In the spirit of service journalism, I decided to seek out a few unconventional job hunting tips that might actually work. The best guide I found was from Robert Scoble of Fastcompany.tv.

Follow the jump for the most useful highlights from his guide to being laid off in a recession.*

I particularly liked tip number 11: “Go where the money is.”

In this article, it refers to VC-backed companies that have recently raised funds, but it applies to private equity. The firms who have recently closed a fund are the most likely to be taking resumes, especially if it’s a fund with a new strategy (for example, all of the captive mezzanine funds in the market right now, or all of the recently launched distressed/turnaround divisions). Even though they’ve probably got the senior people in place, those funds are most likely to need an extra associate or two to start executing once the commitments start trickling in.

It not only looks good on your resume and eats up time otherwise spent drowning your sorrows in alcohol, but it’s a way to network. Lots of financial groups have major volunteer initiatives. It can’t be hard to find them and see if you can participate as a loner. Who would say no to a willing volunteer?

It could be about economics, six sigma, TARP, or whatever you are interested in and an expert on. It won’t lead to frenzied calls from Henry Kravis, but by writing interesting posts and linking to other well-connected blogs, it’s a great way to hoist yourself from obscurity and network. Likewise, it’s a way to stay sharp and keep up with the news when not working. You don’t need to be fancy; I know plenty of people who have gotten job interviews, leads and contacts through very modest blogs.

I’d be curious about number 15: “See if you can keep coming into the office.” Is this a viable option in finance? I’d assume not, with mass layoffs and entire strategies being shut down. I’m guessing those empty desks and resources are being reallocated to other parts of the firm, or even entire leases being terminated. Maybe boutique firms would take greater pity.

One tip I wouldn’t suggest is number 16, which says, go to industry events, and if you can’t afford ‘em, hang out in the hallways. Sadly that type of guerilla desperation stuff doesn’t usually fly in the finance world. Trust me, in my early days as a reporter I tried the incognito hang-around (for networking, not stories). It never worked, except perhaps at the Javits Center, where zero finance-related events are held. No one wants to be escorted out of the Waldorf. You might have better luck hitting up the cocktail hours of those events, where the organizers are more lax about nametags. Either way, it’s a bit of a risk.

*Although it looks like it was published almost a year ago, the list bears revisiting in light of last month’s unemployment numbers.