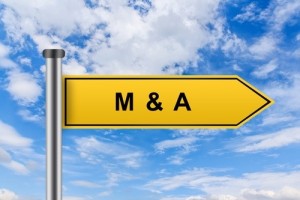 The merger of PQ Corp. and Eco Services Operations LLC, both backed by CCMP Capital, may create a stronger combined company, but the deal may spur a debt refinancing.

On Aug. 18, PQ Corp., a provider of specialty performance chemicals, said it would merge with Eco, which makes sulfuric acid. CCMP Capital owns stakes in both PQ and Eco. The private equity firm will be the largest shareholder of the combined firm, which will continue under the PQ name.

The merger will benefit PQ since it’s the weaker of the two, said Benjamin Nelson, VP and senior analyst of the corporate finance group at Moody’s Investors Service. Malvern, Pennsylvania-based PQ produces about $1.1 billion in revenue; its financial performance and key credit metrics have weakened in the first half of 2015, Moody’s said in an Aug. 19 note. Adjusted debt-to-EBITDA is nearly 7x, Moody’s said. Because of foreign currency headwinds, Moody’s no longer expects PQ to generate positive free cash flow in 2015.

Eco Services’ business profile is stable and margins are high relative to most of its rated peers in the chemical industry, Moody’s said. Cranbury, N.J.-based Eco produced just under $400 million in revenue and had $103 million of EBITDA for the 12 months ended March 31, Moody’s said.

CCMP’s stake in the combined company will increase to more than 50 percent, Moody’s said. Other shareholders, like INEOS Group plc and management, are retaining a stake, Moody’s said.

“PQ will comply with all provisions of its outstanding indebtedness through the merger process,” the company said in a statement.

The merger, in the near term, could constrain cash flow. But long-term the combination could be beneficial to both companies, Nelson said. “PQ and Eco Services make more sense together than as separate entities,” he said. “The deal increases the size of the company and gives them an opportunity for cost synergies, which should result in stronger and more stable cash flows in the intermediate term. It also improves the likelihood of an eventual public offering.”

The company will decide the outcome in fourth quarter, when the deal is expected to close. In the meantime, Moody’s has placed all of Eco’s ratings on review for a possible downgrade because of the merger. Eco has a B2 corporate family rating while its outlook is stable. Moody’s affirmed all of PQ’s ratings including a B3 corporate family rating. B2 is more speculative than B1, while B3 is the most speculative, according to Moody’s.