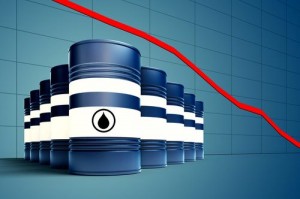 Low energy prices will help accelerate Canadian merger and acquisition activity in 2016, according to a new report by Citi in partnership with Mergermarket. A Mergermarket survey of 50 Canadian senior executives found 70 percent of respondents believe the appetite for deals will rise in the months ahead. The biggest increases are expected in domestic and inbound deals. Along with weak commodity prices, a primary driver of Canadian M&A activity will be private equity demand, which is expected to influence both inbound and outbound transactions, the survey found.

TORONTO, Feb. 2, 2016 /CNW/ – A new study by Citi shows that Canadian M&A activity is expected to accelerate in 2016, as low energy prices attract buyers to the market. The appetite for deals is broadly projected to rise: 70% of respondents predict a higher level of M&A activity in the next 12 months, with 20% expecting a significant increase.

The report, called Brighter Horizons: A bolder future for Canadian M&A, found that the proper market conditions appear to be taking hold for an increase in deal volume in 2016. The primary driver will be the slump in commodities prices according to 38% of respondents, followed closely by private equity demand (36%).

“2016 is shaping up to be an interesting year,” says Grant Kernaghan, Managing Director of Canadian Investment Banking at Citi. “In addition to the continuing demand from private equity, we are expecting higher activity levels in the mining and energy sectors, and a number of factors are converging that suggest an increase in hostile takeovers may be on the horizon.”

Other key findings from the report include:

•The biggest increases in Canadian M&A activity are expected in domestic and inbound deals. Forty-eight percent of respondents predict an uptick in domestic deals and 81% believe that inbound deals will increase, while only 33% foresee a rise in outbound M&A.
•The greatest challenge to Canadian M&A in 2016 will be the valuation gap between buyer and seller according to 68% of respondents, trailed closely by volatility in global commodity prices (62%).
•When asked what sectors they think will see the most Canadian M&A activity, respondents identified Energy (50% for Domestic M&A, 48% for Inbound M&A) and Mining (34% for Domestic M&A, 28% for Inbound M&A) in 2016.

This is the second year Citi has commissioned Mergermarket to survey 50 Canada-based senior executives directly involved in M&A decision-making with the objective of gaining insight into the landscape for dealmaking in Canada over the coming year.

Citi
Citi’s roots in Canada date back to 1919. The company currently employs approximately 2,700 individuals across seven business lines. As a top ten global institutional banking franchise for Citi by revenue, Citi’s key strategic focus in Canada is on continuing to grow its Corporate and Investment Banking business, Citi Markets, the Citi Private Bank, Treasury and Trade Solutions and Securities and Fund Services and Citi Cards Canada.

Citi, the leading global bank, has approximately 200 million customer accounts and does business in more than 160 countries and jurisdictions. Citi provides consumers, corporations, governments and institutions with a broad range of financial products and services, including consumer banking and credit, corporate and investment banking, securities brokerage, transaction services, and wealth management.

Mergermarket
Mergermarket, part of The Mergermarket Group, is an unparalleled, independent M&A intelligence tool used by the world’s foremost financial institutions to originate deals. It provides proprietary intelligence on potential deal flow, potential mandates and valuations via the world’s largest group of M&A journalists and analysts who have direct access to the most senior decision-makers and corporates. The Mergermarket Group has over 450 employees worldwide and regional head offices in New York, London and Hong Kong. Visit us at www.mergermarket.com