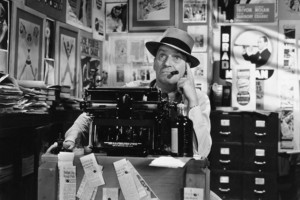 The human side of private equity is what makes this such a fascinating asset class to cover.

There is no escaping the absolute necessity of shaking hands and meeting people face to face when considering entering a 10-year-plus relationship built around funding commitments worth millions of dollars.

The partnerships can take on the same kind of drama and passion natural to any long-term commitment. Ideally, partners would like the private equity partnership to be as boring as possible – steady returns, team stability, no screaming moments.

That doesn’t always happen, though, and that’s when the human side of the industry comes out.

I experienced this human drama recently when talking to five sources – two LPs and three secondary market professionals – about Chicago-based Lake Capital’s first fund, a 2002 vintage that raised $500 million. Lake Capital stormed out of the gates with its first fund with lots of fanfare and attracted strong demand from the investor community.

Today, Lake and the LPs in Fund I are trying to figure out the best way to close the fund down for good. It generated a 0.9x multiple and a negative IRR of 2.26 percent as of February, according to the University of Texas Investment Management Company, a limited partner in the fund.

It’s not clear how many companies Fund I has left in its portfolio, but one LP said there are “a couple that have value.” At least one company listed on the firm’s website, Driveline, which performs special projects for retailers and manufacturers, dates back to a 2004 investment from Lake.

The GP made an effort to give existing LPs the option to cash out of their interests in the fund. The process was led by Houlihan Lokey. However, several sources told me recently that the process fell apart.

LPs denied the most recent request to extend the fund life, which would have given the GP more time to exit the companies, the two LPs said. Points of contention included LPs’ request for payback of carried interest the GP collected on early deals, as well as the “high” management fee that would come along with any extension, the LPs said.

Without the extension or restructuring, the general partner now must try to sell the remaining investments in the fund.

Clawbacks are a standard feature of LP agreements. They call for LPs to be made whole if a GP has taken carried interest above the agreed-upon economics of a fund, usually 20 percent of profits to the GP after a hurdle has been met.

“The right thing for them to do is to try and orchestrate a payback to the investors … it would be much easier if the fund can handle the clawback situation itself. If every single LP needs to go out and chase … down [former employees], it’s going to be a nightmare,” the LP said.

Lake Capital’s founders, Terence Graunke and Paul Yovovich, did not respond to requests for comment.

It isn’t clear if the fund still has a chance to make money if the GP successfully exits the fund’s remaining portfolio companies.

The big danger to a GP in a situation like this is the burning of bridges. LPs have long memories. Lake Capital has been public that it is not going to raise a new fund, and that might be the only solace LPs get out of this situation.