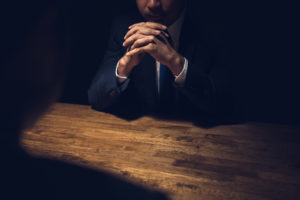 Most portfolio CFOs think they are doomed to fail, while believing they operate under unfair reporting conditions, according to a survey from Accordion.

Sixty-six percent of CFOs questioned are more concerned about job security once a deal closes, the report “The State of the PE Sponsor-CFO Relationship” said. Of the 66 percent, 58 percent think their  position is always the first to go if there are any issues or concerns, said Accordion, a consultant and technology company focused on the private equity industry. See the survey here.

Nick Leopard, CEO of Accordion, said PE firms could reduce this anxiety. PE firms should be very clear with CFOs at the beginning of the relationship, telling them what is expected and how their role can evolve, Leopard said. “Communication is needed across the board,” he said. Sponsors should also involve CFOs in any add-ons they do “so it’s not sprung on them,” Leopard said.

Accordion, in conjunction with Wakefield Research, questioned 200 participants in the first quarter to compile the survey. This included 100 private equity firms and 100 CFOs of PE-backed companies with $50 million or more in annual revenue.

The survey found other areas of misalignment. Nearly all, or 92 percent, of the PE firms questioned think their reporting demands for portfolio companies were reasonable. But only 26 percent of CFOs agree, the survey said. This means that three-quarters of CFOs feel the reporting places an unnecessary burden on the finance team.

Nearly half, 40 percent, of PE firms questioned are focused on M&A, compared with only 20 percent of CFOs. By contrast, 54 percent of CFOs consider working capital as more important, while only 38 percent of sponsors agreed, Accordion said.

PE firms and CFOs also have different ideas of where the private equity team sits in companies they acquire. Nearly half, or 43 percent, of CFOs view the PE firm as an independent adviser. This suggests that the execs consider the PE team’s guidance as advice and not a mandate. In contrast, a large chunk of sponsors (57 percent), viewed themselves as components of the board. They consider their role as integral and internal to the organization, Accordion said.

Communication can ease this tension, Leopard said. Management teams, during an auction, need to take care what PE firm they pick to buy their company, he said. Some companies want a PE firm that can step in and drive operations, some want a firm that will challenge them in board meetings but leave the day-to-day management alone, while some teams are more interested in money, he said.

Leopard recommends companies talk to the banker before the process begins to find a PE firm that suits them. “Bankers will have a really good view on how a firm is oriented,” he said.