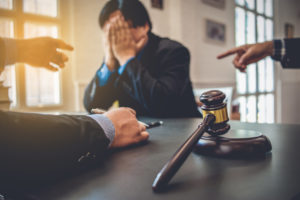 Happy Wednesday, Dear Readers! This is Milana Vinn with your weekly Tech Take.

March and April have felt like the longest months of my life. Can you relate? I still remember when this all became very real. One day we were skiing in Vermont in early March; the following day, the mountains were shut down and we were forced indoors. Fast forward nearly two months and here we are now.

When did the reality of the pandemic hit you personally?

Believe it or not, there’s a tech company actively on the block.

Open Systems International, a software automation company serving the energy and utility space, is now in the second round of a sale process and has attracted a number of private equity bidders, sources familiar with the situation told me.

Privately-owned OSI has grown to a sizable business since its founding in 1992 by Bahman Hoveida and Ron Ingram. Should the process produce a deal, a sale could value the company around the ballpark of $1 billion, sources said. To find out which buyout funds are around the process, check out my full story on PE Hub.

Why is OSI able to persevere through the economic downturn? One reason, sources said, is because OSI has a subscription-based business model – a model that can be insulated from market volatility.

As tech investors and bankers have told me in recent weeks, the structure of subscription contracts is an important factor to evaluate when it comes to the company’s risk positioning. Just as the pandemic was escalating in the US in early March, I wrote about another company coming to the market: Auction.com, a portfolio company of Thomas H. Lee Partners.

Auction.com, an online marketplace centered around bank-owned and foreclosed properties, was in a unique position to benefit in the covid-19 outbreak, sources said at the time. But I’ve yet to hear anything further on the process. If you’ve got any updates or know about any other live tech processes, shoot me a note at mvinn@buyoutsinsider.com.

Big Return
In other news, make sure to check out my recent story on K1’s massive return on Checkmarx. The firm made 26x its money with its partial exit from the cybersecurity company. Both K1 and Checkmarx’ former majority owner, Insight Partners, rolled over portions of their equity to remain minority investors in the company.

Hellman & Friedman, the company’s new majority investor, will continue to fuel growth in the Israel-based company alongside TPG, a new significant minority investor.

Top Scoops
Some private equity execs have traded in their suits for sneakers and sweatpants, taking to socially-distanced walks that mix business with some much needed fresh air and IRL (in real life) interaction, writes Sarah Pringle on PE Hub.
“A bunch of us in the Boston community – as opposed to Zoom – we’ve been going on 6-foot-distanced PE walks,” said Mark Carter, co-head of TA Associates’ North America Healthcare Group. “We’re trying to help each other out and share best practices.”

The idea is spreading, said Carter, calling it a “round robin of firm heads” coming together to brainstorm and talk things out as PE groups navigate through never-before-seen challenges. Read our next installment of Life Under Quarantine here.

Morning! This is Chris, with some thoughts on the proposed M&A ban. Reach me with your thoughts here cwitkowsky@buyoutsinsider.com.

Sen. Elizabeth Warren, whose hostility toward the private equity industry is well known, and Rep. Alexandria Ocasio-Cortez, announced yesterday they would seek to impose a ban on private equity merger and acquisition activity during the pandemic.

The Pandemic Anti-Monopoly Act would bar M&A involving private equity and hedge funds, or PE- or hedge fund-backed companies, as well as deals that under law have to be reported to the Federal Trade Commission; companies with more than $100 million in revenue or financial institutions with more than $100 million in market cap; and businesses with an exclusive patent related to the crisis, like those that make personal protective equipment.

The rationale for the deal moratorium seems weak: “These companies should be using their cash reserves to help their employees not to acquire more power,” AOC said in a statement.

Many firms, from what I’ve learned over the past few weeks, are indeed looking for ways to prop up portfolio companies struggling in the downturn, which is especially significant now since PE is barred from tapping emergency government loans (another decision that ultimately hurts workers).

But firms can’t simply use their uncalled capital to reinvest into existing portfolio companies. If they want to find a way to do that, they need to approach their fund investors (including the pension funds of cops, firefighters and teachers), and ask permission to do so. Those institutional investors then have to decide, do they want their capital commitments used to potentially prop up struggling companies, or to make new investments, which was the original point of making those pledges to private equity funds. It’s generally not up to the PE firm to make that call. There’s an estimated $2 trillion or more of uncalled capital in private markets funds — but that money is not at the full control of private equity firms. It was raised to make new investments and it’s up to fund investors to change that mandate.

Beyond the nuts and bolts of how the industry works, the idea that M&A is inherently predatory is propaganda. Deals that work are beneficial to buyers, sellers and workers who are part of growing organizations. Deals that fail are bad for everyone. No firm goes into a deal hoping it will fail, so that it can strip the carcass. That scenario is the result of a deal that failed and no one but liquidation-focused distressed firms are happy when that happens.

In the coming environment, once the markets find pricing certainty and the health emergency recedes, firms will have enormous opportunity to buy strong companies at good prices.

Many firms are stocked with uncalled capital ready for more certainty before they start investing. Their LPs want them to find great opportunities. And companies are going to need the capital, management and direction private equity can bring. It could be an amazing time for all parties involved in a PE transaction, including employees.

Some deals will fail, as always, and many will never quite achieve their full potential. But all signs point to the next few years potentially representing historically strong vintage years for private equity. To suddenly throw a politically-fueled ban across the normal functioning of the private markets right at the cusp of this would be worse than irrational — it would hurt the retirement security of the very workers the bill claims to want to protect.

Have a great day! Reach me with thoughts at mvinn@buyoutsinsider.com.