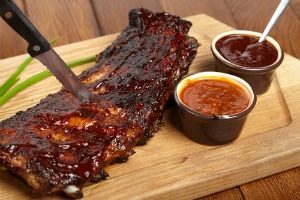 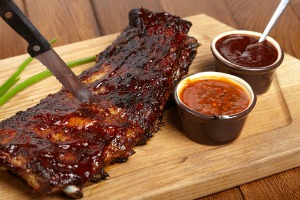 There’s a global panic setting in for pork. Or, at least for mass-consumers of pork, like several of us at the Hub and Buyouts. British hog farmers are forecasting an a-pork-alypse. The worst drought in the US in half-century is pushing feed prices through the roof, driving American farmers to import corn to dodge the commodity price spike.

Eventually, private equity may wind up feeling the reverberations of a very nasty natural phenomenon; if that is the case, LBO shops that have some skin in the pork game will be living high on the hog no more.

Private equity has made very limited investments in farms, according to Thomson Reuters research. However, they’ve made numerous consumer and dining plays that are hitched to hogs, and these operations could feel a painful pinch if pork prices pop.

“If you’re at the very end of the supply chain, you at least get to pass a portion of the price spike onto the consumer,” one PE pro said.

So restaurant tabs might get higher, something that, in a recession economy, would turn retail transactions on their ear. Position on the proverbial food chain could be key.

Highland Capital Management might be in need of an antacid as it continues to digest its pork play. The Hub’s Luisa Beltran reported late last year that Houlihan Lokey was advising Tony Roma’s, a house of ribs owned by Highland, on an exit, but that the sale process had dragged on for months. The company wasn’t sold as of late last year.

Wind Point Partners may have a lot to say about Highland’s investment. The PE firm has backed Rupari Foods since 2011, which makes pre-cooked ribs sold through retailers and at restaurants including Roma’s. Of course—Wind Point can only say so much, the PE firm’s investment would presumably be out of substantial revenue if Dallas-based Roma’s was forced to procure its entrees elsewhere.

Sun Capital Partners has porked up on deals, as well. The PE firm backed Smokey Bones Bar & Fire Grill, a Florida-based dining chain that serves up ribs (among other meaty entrees) since 2007, as well as Hickory Farms (Sun invested the same year), which sells fruit baskets, dried sausage and cheese—so its product line isn’t as dependent on the almighty hog as, say, Smokey Bones’. The PE firm has other restaurants in its portfolio, which are less likely than Smokey Bones to feel less of a brunt of a major pork price increase.

Some skeptics say the swine scare is mere hogwash, and that bacon bills will only temporarily increase. But, last year, in the wake of Friendly’s bankruptcy, Hub alum Dan Primack argued that spike in milk and sugar prices were part of what triggered the family restaurant’s downfall. If there is protracted pain in pork prices, there are several PE firms (other than the ones we mentioned here) that will struggle to bring home the bacon.