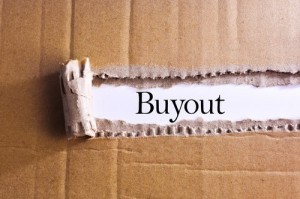 For KKR & Co LP, the private equity firm behind some of the world’s largest leveraged buyouts, the acquisition of U.S. outdoor retailer Mills Fleet Farm for a little more than US$1.2 billion should have been a formality.

The New York-based firm, run by legendary deal-makers Henry Kravis and George Roberts, was almost a handshake away from clinching the deal in late November. But then the junk debt markets went into a tailspin, and banks shied away from lending for such deals after losing money on the syndication of some leveraged buyout loans, and junk bond investors started to head for the exits.

KKR knocked on the door of more than 20 banks, including some it rarely borrows from, as it sought financing for the deal, but none would provide the full debt package the buyout firm was seeking, according to sources familiar with the events. The sources asked not to be identified because deliberations were confidential.

In the end, KKR was able to raise the money itself and clinched the deal last week. It issued and underwrote more than US$700 million of debt, and used its own capital markets desk to sell most to pension funds and other asset managers, a labourious process that took more than a month. KKR owns a small portion of the debt, the sources said, though they were not specific about the amount.

KKR, declined to comment on the Mills Fleet Farm deal or disclose the cost of the debt raising.

For a graphic showing the volume of leveraged buyouts and private equity’s war chest, see here.

While the new year’s plunge in global equity markets is making company valuations more attractive for buyout firms, the tumult in the debt markets is set to prevent many deals from getting done.

For example, sales of scaffolding supplier Safway Group Holding LLC and specialist care provider North American Partners in Anesthesia are at a standstill, private equity and banking sources said, as are the auctions of government contractor PAE, insurance brokerage Confie, and the software assets of Dell Inc. The companies all declined to comment.

The problems in raising financing first surfaced in mid-November after banks failed to sell US$5.6 billion worth of loans and bonds for U.S. data storage provider Veritas, a unit of Symantec Corp. Carlyle Group LP had agreed to buy Veritas for US$8 billion in August in the biggest deal by a private equity firm in 2015, and banks’ failure to drum up interest in Veritas’ debt sent shockwaves through the leveraged buyout world.

Banks, which faced hundreds of millions of dollars of potential losses on unsold debt, saw the syndication of other leveraged buyout financings struggle as well.

A US$925 million acquisition of eBay Inc‘s enterprise unit by a consortium led by Sterling Partners struggled to get funds, though it made it across the finish line. Carlyle and Symantec have also said they expect to close the Veritas deal later this month, four weeks later than they had hoped.

The financing turmoil comes as dry powder – the amount of uninvested funds raised by buyout firms – hit a six-year high of US$261.5 billion in December in North America, data from market research firm Preqin showed.

“Leveraged buyouts were already challenging because of a run-up in equity valuations and regulatory curbs on leverage,” said Steven Kaplan, a University of Chicago finance professor who does research on private equity. “So the recent volatility makes it even more difficult for private equity to put money to work,” he added.

Even after the recent stock market declines, company valuations are still near historical highs. In the past two years, banks have also been scaling back their supply of the riskiest junk-rated loans used by buyout firms to purchase companies because of tougher U.S. regulations restricting the amount of leverage.

To be sure, private equity firms can wait out a brief debt financing pause in the market, because their average investment period is between five and six years. Bankers say the jury is still out on how long the tough financing conditions will last, and all eyes are on some of the junk debt syndications that launched last week.

These include the US$4.6 billion acquisition of Petco Animal Supplies Inc by CVC Capital Partners and Canada Pension Plan Investment Board, the US$1.3 billion sale of contact lenses retailer 1-800 Contacts Inc to AEA Investors LP, and Pamplona Capital Management‘s US$2.7 billion acquisition of healthcare analytics company MedAssets Inc.

The cost of financing is up, making it more difficult to justify certain deals.

“The cost of capital for all risk assets has increased, and that will not reverse anytime soon,” said Joseph Baratta, global head of private equity at Blackstone Group LP, the world’s largest alternative asset manager.

When KKR was struggling to get lenders to sign on for the Mills Fleet deal, some of the banks cited the difficulties they faced in syndicating the financing of private equity firm Sycamore Partners‘ US$3 billion purchase of department store operator Belk Inc. Belk’s debt had to be discounted to 89 cents on the dollar before banks and investors agreed to buy it in November, the sources said.

Adding fuel to banks’ concerns over the Mills Fleet deal were poor sales numbers coming out of other retailers, including major industry players such as Wal-Mart Stores Inc, Dillard’s Inc, Macys Inc and Kohls Corp, the sources said.

Company valuations will come down as the cost of acquisition financing goes up, Baratta said. Deals will still get done, “but not without some pain” for underwriters and private equity firms, he added.