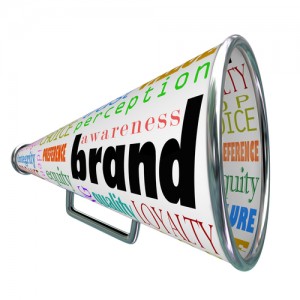 (Reuters Breakingviews) – Private equity is finding the egress a lot easier than the entrance. Blackstone’s sale of Vanguard Health Systems to rival hospital chain Tenet for $1.7 billion is just the latest example of a successful cash-out. The leveraged buyout firm led by Steve Schwarzman more than doubled its money on the deal. Finding suitable investments — and companies that will accept private equity cash — is harder.

Private equity firms have long contended that successful sales are what counts. On that measure, things are going well. Leon Black said earlier this year that valuations were so favorable that Apollo is selling everything “not nailed down.” Big deals done at the height of the LBO boom are finding buyers. Warburg Pincus nearly hit a triple when it sold Bausch and Lomb for $8.7 billion last month. Even deals that once looked like dogs, such as the $8.5 billion buyout of Home Depot Supply in 2007, are now in the money.

Vanguard’s sale is typical. In 2004 Blackstone injected just under $500 million of equity to acquire a majority stake in the hospital chain. The sponsor recouped essentially its entire investment via dividends. Today’s sale mints another $650 million for Blackstone.

Buying new companies is a different story. Some $62 billion worth of deals greater than $1 billion have been announced this year, according to Thomson Reuters. That’s slightly more than all of last year. Yet the two biggest — a $27 billion purchase of Heinz and $18 billion purchase of Dell — are atypical. The former was more Warren Buffett than private equity, and the latter is largely a mogul buying back his company.

Ignore these two, and there have been only five transactions amounting to $16 billion. The industry has $187 billion of dry powder to do deals, according to Preqin. At typical leverage ratios, that could amount to over $700 billion of deals. At this year’s rate, it would take decades to put that money to work.

Part of the explanation lies in a mistrust of current valuations. But a hardening of boardroom attitudes since the LBO boom figures, too. The industry is seen by some as being too sharp-elbowed to be a desirable buyer. These may be halcyon days to sell, but the industry may need to buff its reputation if it wants to replenish its inventory.