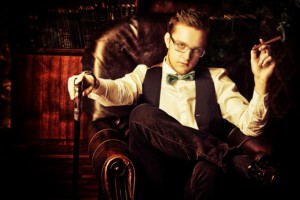 Nomad was founded by Noam Gottesman and Martin Franklin. Israeli-American Gottesman is founder of investment firm Toms Capital and co-founder of hedge fund GLG Partners, while Franklin is founder and executive chairman of Jarden Corp, which has already bought well-known consumer brands.

Nomad said that Iglo was its “anchor investment” when it agreed to buy it for 2.6 billion euros ($2.81 billion) from Permira, and said that it would pursue more acquisitions to enhance its consumer offerings in existing and new categories.

Like Altice, the holding company of Franco-Israeli telecoms entrepreneur Patrick Drahi, Nomad operates more like a private equity firm and is part of a burgeoning and more diverse class of buyers which are able to raise funds in Europe’s leveraged loan market to back acquisitions.

Although these buyers also use leverage to boost the level of debt that companies can support, they use lower leverage and less debt than traditional private equity firms and get better credit ratings as a result and pay lower interest margins on the debt.

“If you look at the US loan market there has been a far greater spectrum of buyer. In Europe there is a new breed of buyer now that is quasi-corporate and providing far more deals in the BB space than the market has seen over the past few years,” a senior leveraged loan banker said.

Iglo’s buyout will be funded through a combination of Nomad’s cash, equity and the proceeds of a private placement which will raise around $750m. Nomad and Iglo Group also intend to use existing debt which will be adjusted to accommodate the acquisition and will be led by Credit Suisse, Barclays, and UBS.

A 500 million euro portable FRN will remain in place. Investors in Iglo’s existing 1.163 billion euro dual-currency term loan have been asked to approve a change of control waiver which will allow 672 million euros of existing euro and sterling-denominated loans to stay in place and the rest will be repaid.

Margins on 672 million euros of existing term loans will reduce by 50 basis points (bp) to 375bp on the euro tranche from 425bp currently and to 425bp on the sterling, from 475bp currently.

Leverage will also reduce to 3.6 times net debt to EBITDA from 4.5 times and the deal is likely to receive a ratings upgrade, bankers said. Investors have been asked to commit to the deal by May 1.

Nomad is expected to be well received but investors will have to do their homework on new buyers. Lower leverage, less risk and greater portfolio diversity is likely to help investors to feel comfortable with the financing.

In many cases, even CLO 2.0s — which typically need margins of 400bp to make deals work — are prepared to invest in these deals with higher ratings and lower pricing, as long as they can find higher yielding deals with lower ratings elsewhere to make returns on their CLO funds work on a blended basis.

“Nomad isn’t a very well known buyer but those billionaires didn’t set up a company to lose money. They are more like a sponsor and will conduct a true credit analysis. If they manage to deleverage then investors should still be money good,” a second loan banker said.

The new corporate leveraged, quasi-private equity buyers are popular with arranging banks, which are relieved to be able to underwrite profitable deals with lower leverage levels, which easily comply with new US leveraged lending guidelines, which are increasingly applicable in Europe and on cross-border deals that are also sold in the US. ($1 = 0.9244 euros)