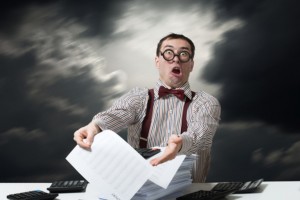 Partners in private equity and other alternative investment funds based in Britain face giving up a bigger slice of their performance fee to the government in tax after changes announced on Wednesday.

Finance minister George Osborne said they would have to pay full capital gains tax on carried interest as part of a series of measures to tackle tax avoidance.

The current rate a person pays can vary, depending on their tax planning, but for some it can be under 10 percent, a government source said, compared with the headline capital gains tax rates of 18 percent and 28 percent.

Carried interest is a share of the profits of an investment or investment fund and is particularly important to private equity managers and others in a partnership, whose share of profits builds up over several years before being paid.

The new measure will not impact fund managers who are classed as employees in the fund, who normally pay tax on their performance fee linked to their income tax band. The new rule is set to come into force on all carried interest arising on or after July 8, whenever the arrangements were entered into.

“It’s clearly a very relevant change for the asset management industry, particularly those investing into alternatives such as PE (private equity), real estate and hedge funds – it’s a material part of their pay,” said Gavin Bullock, partner at Deloitte.

“In general, it’s the key economics for a private equity manager, not their base pay” said Russell Morgan, a partner in the financial services unit at consultants EY. “It’s all about the carry, which builds up over a number of years.”

Morgan said it was too early to assess the impact on the industry, although some funds or fund managers may decide to relocate to somewhere like the United States, which has a capital gains tax rate of 20 percent. ($1 = 0.6507 pounds)