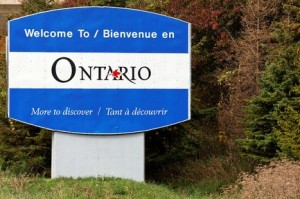 TORONTO, April 30, 2013 /CNW/ – The OPSEU Pension Trust (OPTrust) today reported gross investment results of 10.1% for 2012, surpassing both its funding target return of 6.5% and its composite benchmark. Since its inception in 1995, the Plan has achieved an average annual rate of return of 8.6%. These solid results have helped OPTrust maintain its position as a fully-funded pension plan.

“The ongoing commitment to the Plan by its sponsors, Board of Trustees, employees and membership was key to the success of our program in 2012,” said Bill Hatanaka, President and CEO of OPTrust. “Our investment results and fully-funded status demonstrate that, with strong sponsorship and prudent management, defined benefit is a highly effective model that can help people achieve economic security in retirement.”

OPTrust’s long-term diversification strategy, along with strong double-digit returns in its real estate, infrastructure and private equity portfolios were major contributors to its results.

The infrastructure portfolio led performance in 2012, with a return of 23.7%. The Plan’s other alternative asset classes, private equity and real estate, had similarly good results, returning 20.5% and 17.9% respectively. The Plan also benefitted from the sharp recovery of global equity markets in the second half of the year, with its global equities portfolio posting a 17.8% return. Canadian equities generated a return of 9.1%.

Positive returns of 3.4% and 3.0% were generated from the fixed income and real return bond portfolios, respectively. The energy commodities portfolio posted a loss of -3.8%.

The Plan’s 2012 funding valuation shows that the Plan remained fully-funded as of December 31, 2012 with a surplus of $34 million after accounting for the Plan’s $852 million rate stabilization reserves.

The valuation also identified $528 million in deferred investment gains, compared to $189 million at the end of 2011. These gains will be recognized between 2013 and 2016, further improving the Plan’s funded status.

More detailed information about OPTrust’s 2012 investment results, funding position and other activities will be available in its annual report, to be released later this spring.

With assets of $14.7 billion, the OPSEU Pension Trust (OPTrust) invests and manages one of Canada’s largest pension funds and administers the OPSEU Pension Plan, a defined benefit plan with almost 84,000 members and retirees. OPTrust was established to give plan members and the Government of Ontario an equal voice in the administration of the Plan and the investment of its assets, through joint trusteeship. OPTrust is governed by a 10-member Board of Trustees, five of whom are appointed by OPSEU and five by the Government of Ontario.