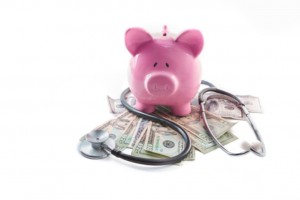 Private equity deals have slowed this year and healthcare is one of the sectors taking the biggest hit.

There were 268 global PE healthcare deals valued at just $5 billion between Jan. 1 and Sept. 11, according to data from Thomson Reuters. This compares with 292 transactions totaling $14.26 billion for the same period in 2012, the data showed. TR is the publisher of peHUB.

This means that healthcare deal values have dropped a whopping 65%, while the number of transactions has fallen just 8%. The only sectors that have posted a worse performance are materials and telecommunications. There were 208 material PE transactions valued at $4.7 billion in the year to date. Telecommunications, meanwhile, produced only 63 PE deals valued at $2.6 billion.

Interestingly, deal values for general healthcare rose 27% this year, while volume fell by 4.1%. There were 1,469 healthcare transactions globally with a combined value of $140.1 billion in the period from January to Sept. 11. This compares to 1,533 transactions that totaled $109.9 billion in the same period in 2012.

The biggest healthcare deal so far this year was Thermo Fisher Scientific’s $13.6 billion buy of Life Technologies. The largest PE healthcare transaction was 3i Group’s $700 million sale of Xellia Pharmaceuticals to Novo A/S.

Regulatory uncertainty surrounding Obamacare is likely slowing the pace of deals, said one private equity executive. Another PE source said that healthcare investing is slow and expensive this year.

“We have not seen very many compelling opportunities come to market,” the source said. “Most have unrealistic price expectations.”

A healthcare banker credited the decline in PE deals to strategics being more active this year. Strategic buyers have accounted for 71% of deals, up from 58% last year, the banker said. Sponsor-buyers, meanwhile, were responsible for just 17% of  transactions this year, down from 25% to 30% for the last few years, the banker said.

Healthcare PE deals are also suffering from a “hangover effect” from 2012. Last year, private equity firms rushed to get deals done before any tax changes went into effect.

“Anything sponsors could sell they sold,” said the banker. ” A lot of activity from sponsors was accelerated into the last part of 2012.”

But Joseph Ibrahim, a Principal at The Riverside Company who specializes in healthcare, said there has not been any significant decline in M&A involving companies with EBITDA of $5 million to $30 million. Ibrahim, who is also president of the Healthcare Private Equity Association, said if the data were to just include middle-market transactions, there likely wouldn’t be much of  a decrease. There have been fewer large PE deals, he said.

“We’ve seen more middle-market healthcare M&A activity over the summer months, year-over-year, than we’ve ever seen,” Ibrahim said. “[In terms of healthcare M&A], it was one of the strongest June, July and August [periods]. And the conversations I’ve been having with practice leaders in middle-market firms indicate they have a tremendous backlog of deals that will come to market.”