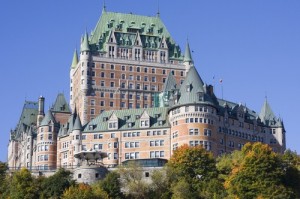 Canadian pension fund organization the Caisse de dépôt et placement du Québec saw net assets rise to C$176.2 billion at the end of 2012, and earned a 9.6% weighted average return. With a 12.2% return, equities made the most substantial contribution to overall results, generating C$8.8 billion in net investment results, with C$2.1 billion coming from the private equity portfolio. Additionally, since the Caisse reorganized operations in 2009, its private equity investments have generated a 18.3% annualized return.

“Our 2012 results contribute to the work we have done since we restructured our portfolios in the summer of 2009 to generate solid long-term results. Since the restructuring, we have generated a 10.7% annualized return despite an uncertain and volatile economic climate,” said Michael Sabia, President and Chief Executive Officer. “Again this year, we increased our investments in Québec and focused on this market to generate returns by helping Québec companies grow, at home and abroad.”

“These results reflect the efforts we’ve made in recent years, but one thing is certain: we still have more work to do. In a changing world economy that has begun to gradually recover, we will continue to pursue our new strategic plans, which aim for even greater long-term stability,” added Mr. Sabia.

An increased presence in Québec

“In 2012, we continued to invest in Québec companies of all sizes, in all regions. In today’s globalized world, it’s critical to build strong companies that can succeed in international markets. By supporting our promising small, medium-sized and large businesses in their growth, we are making sound investments to benefit our depositors and Québec’s economy,” Michael Sabia said.

Serving as a bridge to global markets

During the year, the Caisse provided support to CGI Group and Genivar for their acquisitions in the United Kingdom. With a $1.0-billion investment from the Caisse, CGI carried out an acquisition that made it the world’s sixth-largest player in the information technology industry.

The Caisse also contributed to the growth and positioning of several Québec companies in various sectors, with investments in Camoplast Solideal, Gildan, Innergex Renewable Energy, Laurentian Bank and Rona.

Ivanhoé Cambridge, the Caisse’s real estate subsidiary, became the sole owner of Place Ste-Foy shopping centre in Québec City and Galeries Rive-Nord shopping centre in Lanaudière and invested in the redevelopment and modernization of some of its Québec assets, including the Château Frontenac hotel.

Active in the growth of Québec SMEs

In partnership with Desjardins Group, the Caisse financed the operations of more than 60 small and medium-sized businesses in the manufacturing and services sectors throughout Québec. In the spring of 2012, the Caisse also increased its investment budget for publicly traded small caps by $150 million.

Having solidified its foundations and reduced its level of risk, in 2012 the Caisse continued to simplify its operations and began implementing its new investment strategy.

 Creation of the Global Quality Equity portfolio
– An absolute-return portfolio focusing on quality securities that generate more stable returns over the long term
 Strengthened research capabilities
– Recruitment of operational and sector-specific experts (geology, healthcare, mechanical engineering, etc.)
– Creation of a strategic research agenda to develop comprehensive expertise across the Caisse and strengthen the decision-making and investment process
 Greater direct exposure to emerging markets
– From $9.6 billion at the end of 2011, to $12.1 billion at the end of 2012
– Real estate investments totalling almost $600 million in Brazil in co-operation with a local partner (Ancar)
 Consolidation and stronger presence of the Caisse’s real estate platform in the United States
– More than $1.4 billion of investments in New York City, Chicago and California
 Better sector diversification of the Infrastructure and Private Equity portfolios and lower concentration risk
– Sale of stakes in Heathrow Airport Holdings (formerly BAA) and Quebecor Media

In 2012, the Caisse also added four new depositors, bringing the number of depositors to 29.

“In 2012 global growth ran out of steam and we had a slowdown in emerging markets, a sustained recession in Europe and a timid recovery in the United States. In this context, Canada and Québec also slowed. Even so, progress was made: the private sector recovered in the United States and an upturn began in China and certain emerging markets. These positive signs, combined with strong action by European policymakers to shore up the euro, enabled the equity markets to finish the year on a stronger footing. But the weak materials sector and pressure on the energy industry held the Canadian markets back. As for interest rates, they reached historic lows in the major developed countries,” commented Roland Lescure, Executive Vice-President and Chief Investment Officer.
The Caisse’s 9.6% return exceeded that of its benchmark portfolio, which was 9.3%, equivalent to a positive difference of $462 million.

Fixed Income generated $2.3 billion in net investment results with a 3.9% return. This return is mainly attributable to bond interest income.

Inflation-Sensitive Investments, which include in particular the Infrastructure portfolio (up 8.7%) and the Real Estate portfolio (up 12.4%), had an 11.1% return. This asset class generated $2.5 billion in net investment results.

With a 12.2% return, the Equity class made the most substantial contribution to the Caisse’s overall results, generating $8.8 billion in net investment results, with $2.1 billion coming from the Private Equity portfolio. All the portfolios in this class generated returns of more than 13.5%, with the exception of the Canadian Equity portfolio (up 6.6%). The underperformance of this portfolio is due to a heavier weighting in the energy and materials sectors, which did not fare as well in 2012. Its performance is also due to a weaker rebound in the Canadian financial sector, particularly vis-à-vis the U.S. market.

Asset Allocation operations generated negative results of $422 million, mainly because of the overweighting and underweighting on the equity and bond markets during the year. Such decisions are based partly on the conviction that, given the current level of historically low interest rates, bonds will not perform as well as other asset classes in the years to come.

In 2012, the ABTN portfolio made a $1.7-billion contribution to the overall portfolio results, mainly because the notes’ market values have increased with the passage of time (less time to maturity) and due to the narrowing of credit spreads of the underlying assets.

In the first half of 2009, the Caisse reorganized its operations. In particular, it completed an extensive overhaul of its portfolio offering and risk management and it also repositioned the portfolios in the real estate sector. Since making these major changes, the Caisse has achieved an annualized return of 10.7%, equivalent to net investment results of $50.7 billion.

Fixed Income generated net investment results of $14.7 billion with a 7.7% annualized return. The strategies implemented by the Caisse for this asset class enabled it to benefit from the significant drop in interest rates in recent years.

In the Inflation-Sensitive Investments asset class, the Infrastructure and Real Estate portfolios generated annualized returns of 26.7% and 10.7%, respectively. This asset class generated $10.3 billion in net investment results, of which $9.9 billion is attributable to these two portfolios.

During this period, the Equity asset class made the largest contribution, with net investment results of $22.8 billion. Of that amount, $8.1 billion is attributable to the Private Equity portfolio and its 18.3% annualized return.

The Caisse’s 10.7% return exceeds that of its benchmark portfolio of 9.2%. This is equivalent to $6.9 billion in additional net investment income for depositors. All asset classes contributed to this value-added by outperforming their indexes during this period.

The Caisse de dépôt et placement du Québec is a financial institution that manages funds primarily for public and private pension and insurance plans. As at December 31, 2012, it held $176.2 billion in net assets. As one of Canada’s leading institutional fund managers, the Caisse invests in major financial markets, private equity, infrastructure and real estate globally. For more information: www.lacaisse.com.