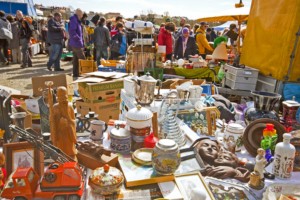 Earlier this year, secondary market intermediary Setter Capital stirred some controversy with a half-year report showing secondary deal volume at around the $15 billion level, putting the market on track to break previous yearly records. Setter’s calculations were much higher than the more established deal volume survey published by Cogent Partners, which had revealed deal volume was only around $7 billion at the half-year mark.

Now, Setter has published its full-year report, showing deal volume has come in at around $36 billion for 2013. Setter’s survey is based on data from “70 of the top 115 secondary buyers,” according to Setter Capital. “We conducted an 11-question survey and were please that over 60 percent of the active players were willing to be transparent and participate.” According to Setter, the 70 buyers alone accounted for about $23.6 billion of deal volume this year.

Setter extrapolated the total volume figure from the $23.6 billion while taking into consideration the proportion of small, medium and large buyers that did and did not participate in the survey. “This estimate may in fact be low as we did not include more than 1,000 opportunistic and non-traditional buyers in this study, whose combined activity may be significant,” Setter said in the report. “For example, only one pension was included in the survey while no sovereign wealth funds or endowments were included.”

According to the survey, 33 percent said 2013 volume was significantly higher than 2012, 4 percent felt it was lower and 63 percent said it was similar.

Respondents to Setter’s survey completed about 740 secondary deals in 2013, from which the firm extrapolated an estimate of 1,300 transactions across the secondary market, with an average size of $28 million, according to the report.

Interesting as well was the volume of direct secondaries, which came in at $5.3 billion, which includes fund recapitalizations – an increasingly popular type of deal in the secondaries market, fund liquidations and purchase of single minority stakes and co-investments, the report said.

It will be interesting to see how these numbers match up with Cogent’s. I’ve often heard the secondary market is much bigger than the view that is open to the public, which in itself is only a tiny slice of what goes on behind the scenes in secondaries. There are thousands of small transactions between buyers and sellers that remain anonymous and I wonder if that helps explain the wide difference in volume numbers found by Cogent and Setter in the past.