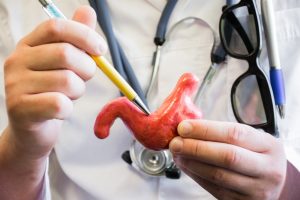 Alkaline Advisors, a healthcare-focused investment bank based in Miami, is providing financial advice to the Colorado Springs medical group, according to a source familiar with the matter.

Marketing materials were distributed to private equity groups in early March, and first-round bids are due at the end of the month, the source said.

Only a small handful of sponsors have entered the GI specialty to date, with Audax Private Equity among the first movers via its April 2015 recap of Miami’s Gastro Health.

Peak, with a compound annual growth rate of more than 38 percent since 2013, is being marketed off pro forma Ebitda of $6 million, the source said. The figure does not include a doctor-compensation adjustment, as doctor-owners will make the same income pre- and post-transaction, the source noted.

Projected adjusted Ebitda is $19 million, when accounting for current growth initiatives including the rollout of multiple joint-venture endoscopy centers throughout the state, the source said.

Peak is likely to command a low-teens multiple of Ebitda, the source speculated.

President and Founder Buck Patel, a practicing physician, formed Peak in 1996 as a single practitioner in Colorado Springs, having previously formed and sold the city’s first hospitalist group.

Today Peak encompasses some 50 providers including almost 30 doctors, offering GI services across its clinics and partner health systems statewide. The group is on track to grow its total doctor group to 35 by year-end.

Peak’s physician leaders, Patel and Prashant Krishnan, confirmed that a private-equity-focused sales process is underway. The medical group has not received any outside institutional funding and has expanded entirely through organic growth since its inception.

Peak intends to use the capital to more quickly develop additional endoscopy centers and enter new ancillary areas, as well as for potential add-ons of physician groups, Krishnan said. Peak is also in the process of building its own pathology lab.

The latter is particularly unusual, Krishnan said, as patients that fail traditional therapy are typical referred to universities for enrollment in medical studies. Peak, on the other hand, is involved in more than 70 clinical trials, he said.

Other factors that have contributed to Peak’s success, Krishnan said, include its adoption of electronic medical records as early as 2006, before it was federally mandated, as well as its investment in advanced colonoscopy technology known as Fuse.

Kirshnan also emphasized that much of its success has stemmed from what it calls its YOU campaign, launched in 2013. Peak has focused on developing process improvements that cater to customers, such as expediting patient visits, he said.

“We decided to run our practice as a business, and we just happen to be in the business of medicine,” Krishan said.