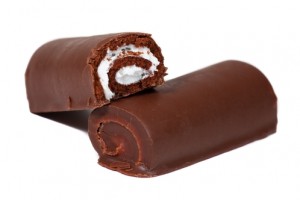 Hostess Brands may not be done yet.

Hostess, which makes Twinkies and Ding Dongs, is expected to meet with its lenders and one of its bigger unions later today as it attempts to avoid liquidation. Private equity also appears interested in the maker of Wonder Bread. C. Dean Metropoulos & Co., the PE firm that owns Pabst Brewing, said last week that it was considering making an offer for Hostess, according to press reports.

“We very much would like to buy Hostess as a going concern and submitted a proposal earlier this year,” Leder says. “We’ve done incredibly well with our food deals and think Hostess has great brands with amazing customer loyalty.”

Erik Halvorson, a Hostess spokesman, says the company has received a “couple of dozen calls” from real and credible bidders interested in buying Hostess brands. He declined to comment on specific parties. Some of the bidders appear to be more interested in marketing their own brands than making a serious offer, he says.

Hostess has filed for bankruptcy protection twice and has pretty much been on the block for two years. No buyer surfaced mainly because of legacy liabilities associated with the collective bargaining agreements and multi-employer pension plans, Halvorson says. The sudden interest in buying Hostess is driven by the fact that any potential bidders wouldn’t have to assume these legacy liabilities, he says.

Still, any sale of Hostess as a whole would be difficult, Halvorson says. Someone would need to fund an auction of the entire company. Hostess products, which include Ho Hos and Drakes cakes, are also off the shelves at grocery stores. The brands are a “diminishing asset,” he says.

It will be easier for Hostess to sell its individual assets than to find a buyer for all of the company, Halvorson says. Flowers Foods, Pepperidge Farm owner Campbell Soup Co., and Mexico’s Grupo Bimbo are expected to bid for Hostess’ brands, Reuters says.

“We expect to have a very robust auction for many of the brands,” Halvorson says.