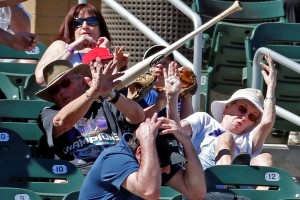 RedBird Capital Partners, formed by ex-Goldman Sachs partner Gerry Cardinale, had a busy sports summer even as the pandemic stopped most professional leagues from performing.

And, Arctos Sports Partner, launched in October, launched its debut fund to invest in American sports franchises as well as top European soccer leagues. Arctos raised more than $430 million on a target of as much as $1.8 billion, PE Hub has learned.

Institutions and private equity funds up until last year were barred from buying North American sports franchises (except for the NHL, which has allowed PE investment previously). Major League Baseball was the first to modify its bylaws, followed by the NBA last year, which approved Dyal’s investment vehicle in April. But the National Football League still doesn’t permit PE investment, while Major League Soccer is considering a rule that would allow PE ownership.

While these recent examples show the growing enthusiasm for professional sports leagues, the industry overall has been slow to push into sports investing. Sky-high valuations coupled with stringent industry regulations in exchange for a small slice of ownership have kept most PE firms at bay, industry experts told PE Hub.

“It’s a significant amount of money,” said Steven Smith, a leading sports lawyer at law firm Bryan Cave Leighton Paisner. “Are you willing to put in, let’s say, $300 million in one investment over something you don’t have control over?”

Covid-19 may be a catalyst for professional sports leagues to seek liquidity. But continuous personal investment (their own money, that is) by senior, wealthy founders of funds means that the union of PE and American sports is not inevitable.

“You definitely have sports teams that are short of cash, but it’s not that any sports team out there is so hard up for the capital that they want to sell right this minute,” said Kelly DePonte, managing director at placement firm Probitas Partners.

The pandemic has pushed back seasons and caused franchises to play in empty arenas, eliminating revenue coming from game-day ticketing or hospitality sales.

Every North American professional league has its own capital reserves and is structured differently. However, liquidity would certainly help, said Smith.

Leagues also are facing the potential for penalty fees owed to media partners for canceled games (this hasn’t happened yet) and advertising revenue at stake. All while fixed costs like players’ salaries add to the brunt of the industry’s problems.

Although private equity funds’ presence in US sports leagues is relatively new, institutional capital has long been involved across all major clubs.

Wealthy individuals who run or manage major hedge funds, asset management firms and private equity firms have proven eager to add a sparkly team to their list of possessions.

Another example is the NBA’s Milwaukee Bucks, whose players sat out a game in protest of the Jacob Blake shooting in Kenosha, which inspired other teams and the league to postpone games in a show of unity. The team is co-owned by Wes Edens, a co-founder of Fortress Investment, and Marc Lasry, a co-founder of Avenue Capital.

“Principals [of private equity funds and hedge funds] like the sports. It’s exciting to be a team owner; I would be a team owner if I had the money to do that,” said Ken Lefkowitz, partner at law firm Hughes Hubbard.

“Anyone investing in [those leagues/teams] has to be quite large,” said Jeffrey Eaton, partner at Eaton Partners.

Speaking to Cohen’s lofty $2 billion offer for the Mets, Smith said, “everybody wants a piece of it, but there are only 149 professional sports franchises in five sports leagues.”

In other words, the industry possesses scarcity value. There are limited viable ownership opportunities to meet demand, he explained.

This imbalance has kept valuations soaring, even amid corona.

Elsewhere, the NFL’s Dallas Cowboys, which was purchased for $140 million in 1989 by Jerry Jones, is worth $5.5 billion today, Forbes said.

Globally, there have been five announced PE investments in sports teams and clubs year-to-date for a combined deal value of $505.7 million, according to Refinitiv data.

Each sport monetizes differently, but in general, the leagues generate money through sponsorships, advertising, the sale of media rights, game day ticketing, merchandising and hospitality sales – and team owners have profited from their investments.

That said, franchise investments are not all known for their year-over-year profitability – another reason why PE firms with typical hold periods of three to five years might decide to sit out. “If you look at profit over [one] year, a lot of them lose money – especially in this covid era – but I expect franchise valuations to go up because there are limited teams,” Smith said.

And while covid-19 wiped out significant revenue streams, the pandemic is not expected to weigh on valuations.

Delayed league revenues amid corona might not translate to discounts on valuation because, said Probitas’ DePonte, it’s a delay.

The real value of a club is only revealed when a league evaluates a sale, and right now, their high-profile backers are in no rush to raise capital through private equity funds. “There hasn’t been enough trading to know what the value has been amid covid,” DePonte cautioned.

Adding to the payout and valuation hurdles, the highly regulated nature of American sports leagues is another reason why PE funds haven’t been involved in a big way. For example: “The application for MLB is very detailed and intrusive where they ask everything,” Lefkowitz said.

Attesting to that, Michael Gray of Neal Gerber & Eisenberg said, “they [leagues] are going to want to look deeper into where the money is coming from.”

“You can only lever the team to a certain threshold, which is pretty low,” said Chuck Baker, co-chair of O’Melveny’s Sports Industry Group, who advised NBA star Kevin Durant on his purchase of a 5 percent stake in Major League Soccer. On the flip side, European franchises are highly leveraged, he said.

While most sponsors are focused on the less regulated European sports market, there are exceptions, such as Arctos Sports.

Opening up new doors to PE funds could be a good thing for the leagues since that creates more buyers, but it’s unclear if the same goes for individual sports teams.

“We have seen some PE firms do detrimental things to value while some haven’t,” said a market source.

“[A] lot of folks are craving sports media content,” Baker said. “I think tech will continue to be a hot investment,” he added, referring to app businesses.

In the first half of this year, PE-sponsored deal activity in the US and Europe involving sports related ventures hit $139.4 million, according to Refinitiv data. This includes investment in brands like Varsity, a producer of sports apparel and equipment that scored a capital injection from Bain Capital in June.

In a previous bet, Bain capitalized on the rise of online engagement in sports through its investment in Hudl, a provider of video analysis and scouting software and technology for sports, PE Hub reported.

For now, it looks like the dream of sitting in the owner’s box will be more personal than institutional: “Amendments to some of the leagues bylaws have opened up [the] pool of potential buyers but a number of investors are individuals in PE,” Baker said, when asked about the deals he continues to work on.

Correction: This report has been updated with the accurate spelling of law firm Hughes Hubbard.