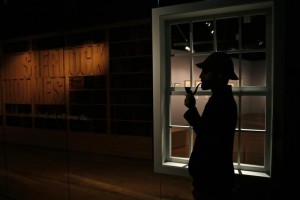 Big jumps in salaries and bonuses await many buyout and growth equity professionals, a reward for their ability to raise and smartly invest larger and larger sums of capital for institutional investors.

According to the recently published 2015-2016 Holt-MM&K-Buyouts Insider PE/VC Compensation Report, well over a third (38 percent) of partner-level investment professionals at North American buyout and growth equity shops are due to see a pay raise in 2016. The median anticipated raise is 10 percent. By contrast, just over one in five partners (22 percent) actually received raises this year, with a median raise of 3 percent.

Of course, what any given partner earns depends heavily on a firm’s assets under management. Salaries and bonuses get paid primarily out of management fees, which tend to range from 1.5 percent to 2 percent of committed capital during the investment period of funds. The compensation report, which groups firms into small, mid-size and large categories, finds that median base salary plus bonus earned by partners this year across all North American buyout and growth equity funds is $679,000.

All told 29 North American buyout and growth equity firms participated in this year’s compensation study by filling out an in-depth questionnaire this spring and summer. The median assets under management for those 29 is $1.3 billion, while the 25th percentile is $478 million and 75th percentile is $2.7 billion.

Those unfamiliar with the industry might raise an eyebrow over the relatively low percentage of partners that get salary and bonus increases every year. But there’s a good reason for that. According to the report, partner-level staff are allocated 84 percent of the carried interest at their firms. It is a potentially lucrative incentive that tends to be set at 20 percent of investment profits generated above a hurdle rate providing investors a minimum rate of return. The 50th percentile carried interest distribution for partners receiving carry this year is $500,000.

For their part, junior investment professionals such as analysts, associates and senior associates, while entitled to a slimmer slice of profits, tend to see bigger gains in salary and bonus. Seventy percent of junior investment professionals at North American buyout and growth equity firms are projected to see salary increases next year, with a median raise of 10 percent, according to the report.

Most North American buyout and growth equity firms participating in the study say that their bonuses are partially or fully discretionary. At those that are discretionary it is most commonly the managing partners who determine the bonus amounts. More than a third of firms (38 percent) report paying their bonuses before the end of their financial year, while the same percent say they pay them within a month after the financial year.

Ultimately it is the success that buyout and growth equity firms have raising money that directly determines salaries and bonuses, while carried interest distributions depend on investment acumen. Last year saw U.S. buyout and mezzanine firms raise $206.0 billion, the fifth straight year of growth after bottoming out at $65.8 billion in 2009, according to Buyouts.

This year fundraising is again on pace to grow, ensuring buyout and growth equity firms will be able to reward investment professionals with higher salaries and bonuses in the months ahead.

Photo: Timothy Long, the curator of the exhibition “Sherlock Holmes: The Man Who Never Lived and Will Never Die,” poses with a deerstalker hat and a smoking pipe at the Museum of London in London October 16, 2014. REUTERS/Stefan Wermuth