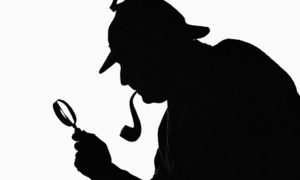 How carry gets divvied up among senior partners has more to do with who founded the firm than with individual performance, according to recent research. Moreover, investors have been right to worry that carry distributed in this way can lead to departures.

Such are the findings suggested by a recent examination of 717 private equity funds — largely buyout funds but also venture capital, growth equity and other types of funds — conducted by Victoria Ivashina and Josh Lerner, both professors at Harvard Business School.

The paper is timely. A large and growing contingent of institutional investors desires to back debut fund managers as a way to refresh their portfolio’s gene pool. Rarely have senior partners, bitter over pay inequities or not, had more opportunity to launch their own firms. The SEC has also expressed an interest in the topic. According to the paper, Chairwoman Mary Jo White “has indicated repeatedly that the commission is currently drafting recommendations” on succession planning.

The paper is part of a recent burst of academic research on private equity. Other recent papers have described flaws in the design of industry fees (“Misaligned Interests in Private Equity” by Jarrod Shobe of the J. Reuben Clark Law School at Brigham Young University); found much to admire when fund managers treat some LPs better than others (“In Praise of Preferential Treatment in Private Equity,” by William Clayton of the Yale Law School Center for the Study of Corporate Law); and purported to show that investors can use public equities to beat private equity returns (“Replicating Private Equity with Value Investing, Homemade Leverage, and Hold-to-Maturity Accounting,” by Erik Stafford of Harvard Business School).

Lerner and Ivashina base their March paper on fund evaluations performed by a single, unidentified, institutional investor from roughly the years 2000 to 2015.

Of the 717 funds studied, the authors obtained carried interest distribution data for 6,344 professionals working at just under 300 firms; they obtained ownership distribution information on 2,041 professionals at 124 management companies. The authors then looked for how well carried interest and ownership-based compensation lined up with the track records of those partners; with the performance of their prior, current and subsequent funds; and with the subsequent career paths of the partners.

Carried interest — typically the 20 percent of investment profits that partners share after a hurdle is met — is designed to be the largest part of a partner’s compensation over time, ahead of annual salary and bonuses. Because the better their investments turn out the more carry partners earn, investors have viewed carry as a key tool in aligning their interests with fund managers. But the paper suggests that partner pay doesn’t always reflect partner effort.

One the more disturbing aspects of compensation described by the paper, from an investor’s perspective, is how excess fees are allocated.

These are fees firms collect in excess of those needed to pay salary, bonus and other expenses. Such fees streams can be significant. Yet rather than doling them out based on merit or contribution to the partnership, most firms divvy up these fees based on ownership of the management company. (In some cases firms allocate them based on the carried interest formula.)

An argument can be made that firms should return excess fees to investors; still, partners who either lack ownership stakes or whose ownership stakes are relatively small may feel left out of the bounty.

In addition, according to the paper, the assignments of carry and ownership stakes don’t necessarily correlate with performance. “Most strikingly, past performance of senior partners has explanatory power for their ownership stake, but not for their carried interest,” the authors write. “For junior partners, the pattern is contradictory: while better performing partners have a larger carry share, they actually have reduced ownership.”

Other findings from the paper:

Action Item: Download a copy of the Lerner-Ivashina paper at http://goo.gl/ZvW566h.