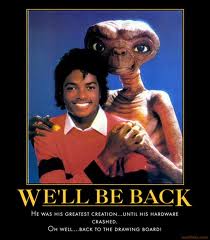 Diamond Castle Holdings was considered among the hottest new buyout shops when its five founders left DLJ Merchant Banking to start the firm in 2004.

Eight years later—and lacking one notable founder—the firm’s debut fund is struggling to live up to that promise, generating an investment multiple of just 1.15x and an internal rate of return of 4.2 percent as of Sept. 30, 2011, according to the Oregon Public Employees Retirement Fund. (Diamond Castle marks the fund at a gross 1.4x investment multiple.) Altogether, the firm invested in 14 companies, about five of which were either total losses or struggled and have since recovered.

Diamond Castle executives are confident that a batch of well-performing recent investments will help juice the performance and convince investors they should give the firm another chance with a sophomore fund. Ultimately, they believe the debut fund could post an investment multiple of 2x. In particular, the firm had a good year in 2010, according to sources close to the firm, returning close to $200 million to investors through two dividend recapitalizations. “We will raise another fund,” a senior partner told Buyouts.

Diamond Castle in some ways embodies the challenge many firms face in today’s stagnant fundraising market. According to Buyouts, U.S. buyout and mezzanine funds raised about $91 billion in 2011, compared to about $66 billion in 2009, its low point after the downturn. Investors are much more discerning today compared with 2007, when such firms secured more than $300 billion. With hundreds of funds in the market, how do you convince LPs to back another fund if you already have some strikes against you, Great Recession or not?

“I think they have a future,” said one investor, who noted that the fund is performing in line with other funds from that vintage. “It depends on their expectations—what they’re going to try to raise. But fundraising’s been more difficult lately, and people look for reasons not to commit.”

To read the entire story, go here (subs only).