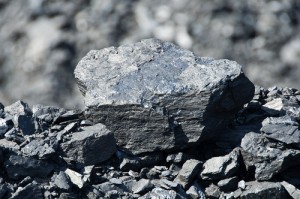 Vancouver-based Prophecy Coal Corp. (TSX:PCY) recently extended its 2012 loan agreement with Waterton Global Value LP, which is managed by Canadian mining-focused private equity firm Waterton Global Resource Management. The company has agreed to a partial pay down of the principal loan amount from $10 million to $6.5 million and to extend the maturity date from July 16, 2013 to Oct. 31, 2013. Prophecy is engaged in developing energy projects in Mongolia.

VANCOUVER, BRITISH COLUMBIA–(Marketwired – July 15, 2013) – Prophecy Coal Corp. (“Prophecy” or the “Company”) (TSX:PCY)(OTCQX:PRPCF)(FRANKFURT:1P2) announces that it has entered a letter agreement dated July 15, 2013 with Waterton Global Value, L.P. (“Waterton”) (the “Amendment”), pursuant to which the parties have amended the Senior Secured Credit Agreement originally entered into on July 16, 2012 as amended on February 1, 2013 by a Waiver Agreement (such credit agreement as amended by the waiver agreement and the Amendment, the “Amended Loan Agreement”).

Prophecy has agreed to a partial pay down of the principal loan amount from $10m to $6.5m (the “Loan”) from restricted cash-on-hand amounting to $3.5m and extending the maturity date from July 16, 2013 to October 31, 2013. The Amended Loan Agreement facility is a non-revolving facility, and any repayment under the facility is not available for re-borrowing.

Prophecy shall also bear all costs and expenses reasonably incurred by Waterton in connection with the preparation, negotiation and execution of the Amendment.

About Prophecy Coal
Prophecy Coal Corp. is a Canadian listed company engaged in developing energy projects in Mongolia. The Company’s wholly-owned subsidiary Prophecy Power Generation LLC is advancing plans for a proposed 600 MW mine-mouth power plant, which has been permitted by the Mongolian government, adjacent to its Chandgana coal deposit. Chandgana Coal LLC, another Prophecy wholly-owned Mongolian subsidiary, is expected to supply 3.5 million tonnes of coal per year to Prophecy Power for 25 years. Chandgana Coal LLC controls over 1.2 billion tonnes of thermal coal in the measured and indicated categories, including two mining licenses containing 124 million tonnes of measured resource with a strip ratio of 0.7:1. Substantially all of the Company’s resources are not mineral reserves, hence they do not have demonstrated economic viability.

Further information on the Company can be found at www.prophecycoal.com.

ON BEHALF OF THE BOARD OF PROPHECY COAL CORP.
GREG HALL, Director

Cautionary Note Regarding Forward-Looking Statements
Certain statements contained in this news release, including statements which may contain words such as “expects”, “anticipates”, “intends”, “plans”, “believes”, “estimates”, or similar expressions, and statements related to matters which are not historical facts, are forward-looking information within the meaning of applicable securities laws. Such forward-looking statements, which reflect management’s expectations regarding Prophecy’s future growth, results of operations, performance, business prospects and opportunities, are based on certain factors and assumptions and involve known and unknown risks and uncertainties which may cause the actual results, performance, or achievements to be materially different from future results, performance, or achievements expressed or implied by such forward-looking statements. These estimates and assumptions are inherently subject to significant business, economic, competitive and other uncertainties and contingencies, many of which, with respect to future events, are subject to change and could cause actual results to differ materially from those expressed or implied in any forward-looking statements made by Prophecy.
In making forward-looking statements as may be included in this news release, Prophecy has made several assumptions that it believes are appropriate, including, but not limited to assumptions that: all required third party contractual, regulatory and governmental approvals will be obtained for the development, construction and production of Prophecy’s properties and the Chandgana Power Plant; there being no significant disruptions affecting operations, such as due to labour disruptions; currency exchange rates being approximately consistent with current levels; certain price assumptions for coal, prices for and availability of fuel, parts and equipment and other key supplies remain consistent with current levels; production forecasts meeting expectations; the accuracy of Prophecy’s current mineral resource estimates; labour and materials costs increasing on a basis consistent with Prophecy’s current expectations; and that any additional required financing will be available on reasonable terms. Prophecy cannot assure you that any of these assumptions will prove to be correct.

In light of the risks and uncertainties inherent in all forward-looking statements, the inclusion or incorporation by reference of forward-looking statements in this news release should not be considered as a representation by Prophecy or any other person that Prophecy’s objectives or plans will be achieved. Forward-looking statements in this news release include, without limitation, statements regarding the permitting, feasibility, plans for development and production of Prophecy’s Chandgana Power Plant, including finalizing of any power purchase agreement; the likelihood of securing project financing; estimated future coal production at the Ulaan Ovoo coal mineral property and the Chandgana coal mineral properties; and other information concerning possible or assumed future results of operations of Prophecy.

Numerous factors could cause Prophecy’s actual results to differ materially from those expressed or implied in the forward looking statements, including the following risks and uncertainties, which are discussed in greater detail under the heading “Risk Factors” in Prophecy’s most recent Management Discussion and Analysis and Annual Information Form as filed on SEDAR and posted on Prophecy’s website: Prophecy’s history of net losses and lack of foreseeable cash flow; exploration, development and production risks, including risks related to the development of Prophecy’s Ulaan Ovoo coal property; Prophecy not having a history of profitable mineral production; the uncertainty of mineral resource and mineral reserve estimates; the capital and operating costs required to bring Prophecy’s projects into production and the resulting economic returns from its projects; foreign operations and political conditions, including the legal and political risks of operating in Mongolia, which is a developing jurisdiction; the availability and timeliness of various government approvals and licences; the feasibility, funding and development of the Chandgana Power Plant; title to Prophecy’s mineral properties; environmental risks; the competitive nature of the mining business; lack of infrastructure; Prophecy’s reliance on key personnel; uninsured risks; commodity price fluctuations; reliance on contractors; Prophecy’s minority interest in Prophecy Platinum Ltd.; Prophecy’s need for substantial additional funding and the risk of not securing such funding on reasonable terms or at all; foreign exchange risks; anti-corruption legislation; recent global financial conditions; the payment of dividends; and conflicts of interest.
These factors should be considered carefully, and readers should not place undue reliance on the Prophecy’s forward-looking statements. Prophecy believes that the expectations reflected in the forward-looking statements contained in this news release and the documents incorporated by reference herein are reasonable, but no assurance can be given that these expectations will prove to be correct. In addition, although Prophecy has attempted to identify important factors that could cause actual actions, events or results to differ materially from those described in forward looking statements, there may be other factors that cause actions, events or results not to be as anticipated, estimated or intended. Prophecy undertakes no obligation to release publicly any future revisions to forward-looking statements to reflect events or circumstances after the date of this news release or to reflect the occurrence of unanticipated events, except as expressly required by law.