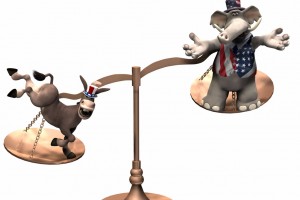 Legislation that would ease leverage constraints on business development companies has started a rare public controversy within the BDC community, a group that lends to sponsor-backed businesses with annual revenue of less than $500 million, sister magazine Buyouts reported.

The proposal would double, to 2-to-1, the debt-to-equity leverage that BDCs are allowed to have. Under current law, BDCs can take on one dollar of debt for each dollar of equity capital they receive from investors.

While the outlook for the proposal, H.R. 31, introduced by Rep. Nydia Velazquez (Democrat of New York), is murky at best, if it were to be enacted, it could be a “game changer” for BDCs—lenders with a mission of helping to deliver credit to Main Street, said Greg Mason, an analyst at Stifel Nicolaus & Co Inc, the St. Louis-based investment bank. “It would be enormous for BDCs if it passes.”

Most BDC executives appear to support the change, although no official tally exists and no trade association represents the industry’s lobbying position.

But H.R. 31 has drawn criticism from Leonard Tannenbaum, the chairman and chief executive officer of Fifth Street Finance Corp., one of the most prominent competitors in the space.

Tannenbaum has argued, in a company white paper, at an industry forum, and in an interview with Buyouts, that the change is unnecessary and could be harmful to the mom-and-pop investors who buy shares in BDCs for yield. Tannenbaum pointed out that the BDCs often provide mezzanine financing for change-of-control transactions that are often themselves heavily levered. “This is leverage on leverage,” he said. “This is two times leverage on leverage.”

And he cited near blowups, including Allied Capital (which was taken over by rival Ares Capital) and American Capital (which managed to right its own ship) during the financial crisis of 2008 and 2009, to demonstrate the risks even with the one-to-one leverage cap.

The right level of leverage? “I don’t have the answer to that,” Tannenbaum said. “Two-to-one would blow a lot of people up.”

Supporters of the legislation argue that other forms of lenders can carry much higher leverage; small business investment companies, authorized under a different provision of federal law, can finance their operations at a 2-to-1 leverage ratio, commercial banks can lend at effective leverage ratios of 12-to-1, while specialized instruments can be leveraged well beyond that.

As for the risk of blowups, Allied Capital and American Capital were resolved without damage to the larger industry group, and a higher leverage ratio could actually de-risk the category because of the vagaries of corporate finance, the supporters argue. BDCs offer an implicit dividend yield target, and often an explicit one, of 7 percent or more.

In order to deliver that return, the lenders must extract an interest rate in the double digits from their borrowers. By increasing the leverage on their portfolio, BDCs could afford to reduce the rates they charge their borrowers while preserving their dividends to shareholders, say backers of the change, who generally asked not to be identified for not wanting to join the controversy.

Some of Tannenbaum’s opponents also argued that Fifth Street’s own acquisition of Healthcare Finance Group LLC, announced in May, belies his argument, because HFG is leveraged at six-to-one or greater. A Fifth Street spokesman countered that HFG is primarily an asset-based lender, which carries lower risk.

“How about letting the market decide?” suggested Lawrence Golub, the president of Golub Capital Inc. and one of the few willing to speak on the record. Golub, who is a board member of his company’s Golub Capital BDC Inc., argued that BDCs should be free to decide how much leverage to use within the higher cap. Those that continue to focus on mezzanine and other higher-risk types of lending should have lower leverage, while BDCs moving into more senior tranches of debt could justify higher leverage.

In the end the debate, while interesting in the divisions it has exposed among BDCs, may be moot. Mason, the Stifel Nicolaus analyst, voiced skepticism that a BDC bill could pass on its own, given the gridlock in Congress. “They can’t get anything done and this is not that meaningful to them.”