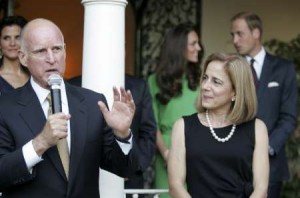 Anderson is right about many of the odious aspects of the measure, which raises the personal income tax for high-earning individuals for seven years. If an individual makes at least $250,000, he or she is now paying an additional 1 percent in taxes to California; anyone making $300,000 a year will have to fork over an additional 2 percent; and those making at least $500,000 have just seen their personal income taxes increased by 3 percent. (Overall, the increases are expected to impact the top 3 percent of California’s income earners.)

Proposition 30 could be particularly harsh for entrepreneurs, who, if they’re lucky, often receive long-awaited but sizable payouts for their efforts. “Someone who makes $250,000 for five years in a row will not get a tax increase, but someone who made little income for four years and then $1 million in the 5th year will get hit” with $30,000 in extra taxes, notes serial entrepreneur Jonathan Abrams, whose newest startup, the social news reader Nuzzel, is based in San Francisco.

The fact that the proposition has a retroactive element has also raised the hackles of the startup community. Abrams, who voted to pass the measure, says he “didn’t realize” it would increase taxes dating back to January 2012 and that he feels a “bit misled.” He calls it “unfair” and a “bad precedent.” (Spokesman H.D. Palmer of California’s Department of Finance says that “regarding other cases of retroactivity,” there is at least one precedent; when the fiscal year 2009-2010 budget was signed and a two-year, 0.25 percent income tax surcharge dating back to January of 2009 was implemented.)

“[T]axes on income from wages or stock sales in January were already paid via withholding or estimated tax payments,” he wrote in an email yesterday. “People then took what they had left and did something with that money – spent it, invested it, etc. It can’t be unspent, and if invested in something illiquid can’t be un-invested either. The whole prospect is scary, and if you didn’t already live here, would you want to subject yourself to the possibility of retroactive taxes by moving here?”

If I were an entrepreneur? Definitely.

In a newly released study, UCLA economist Jerry Nickelsburg calls Proposition 30 a “double-edged sword” because it relies too heavily on the state’s wealthiest residents and doesn’t solve the problem of how California supports itself longer term.

But the proposition will also generate at least $6 billion in revenue between now and 2019, money that’s being spent strictly on education and should make California an even more attractive place for entrepreneurs. After all, by bolstering California’s schools, Proposition 30 will inevitably spawn a more educated workforce.

The process won’t happen overnight, of course, but it’s certainly a start in the right direction for a state that lags behind other states in funding and staffing levels. What’s more, California’s investment in education is also an attractive lure for startup employees who want to provide great schooling for their children.

As for Proposition 30 being the tipping point that will cause entrepreneurs to set up shop in Nevada or Wyoming, I highly doubt it. Rich Californians have paid high rates for a long time; they contribute 22 percent of the state’s tax revenue. (In fact, as our Reuters’ colleagues reported last month, a study out of the Stanford Center on Poverty and Inequality has found that more millionaires came into California after the state added 1 percent of tax to incomes over $1 million in 2005.) An extra 1 percent to 3 percent in tax  will hardly outweigh the dramatic upside of starting a company in the state now.

The bottom line is that people start and invest in companies in California because they’re risk takers. They swing for the fences. They’re looking for big wins that they could never achieve anywhere else.

Entrepreneurs like Banister and Abrams are in it to win it.

“I’m not going to leave California because of Proposition 30 or somewhat higher taxes,” says Abrams. “If I really wanted to avoid high state taxes, I wouldn’t be living in California in the first place.”