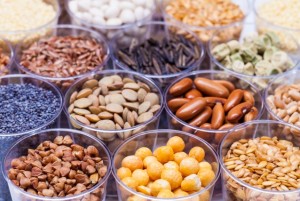 Proterra Investment Partners spun off from agribusiness giant Cargill with $2.1 billion under management, mostly from outside LPs, with a focus on overseas investments in food, agriculture and natural resources, according to an executive with the firm.

The firm will focus on opportunities around the globe in the face of depressed commodity prices and sustained demand for food.

“It’s a challenging time in metals,” said Ned Dau, Proterra’s chief marketing officer and head of investor relations. “We do think there’s a good opportunity to pick up … low-cost production assets on the mining side.”

Proterra formerly operated as the private equity arm of Black River Asset Management, an independently managed investment unit within Cargill. Executives at Proterra launched their first in a series of private equity funds in 2010 under the Black River banner. The firm managed $782 million in three funds focused on agriculture, $1.2 billion in three funds for food investments, and $165 million in a fund aimed at metals, the firm said in a prepared statement.

All of the LPs from the former Black River funds came over to Proterra, Dau said. Cargill remains an investor, too, but it’s not the dominant LP, Dau said. Proterra is backed by pension funds, endowments and family offices in North America and Europe.

Dau declined to comment on any possible fundraising by the firm.

Cargill’s board of directors decided last year to spin off businesses contained within Black River, which also managed hedge funds. “They felt it would better align us with our LPs and we’d be better able to serve those LPs,” Dau said.

The firm plans to open a headquarters in downtown Minneapolis after operating out of Hopkins, Minnesota. It also has offices in several major international hubs, including Buenos Aires, London, Sao Paolo, Shanghai, Singapore and Sydney.