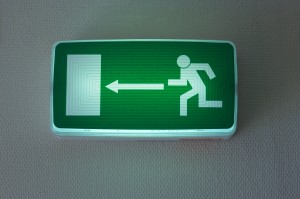 Perhaps Providence Equity Partners Inc. and The Carlyle Group LP did well to get out before things got worse for portfolio company Open Solutions Inc., sister magazine Buyouts reported. The buyout firms this month sold the beleaguered bank-tech vendor to one of the industry’s leaders, Fiserv Inc., in a $1.015 billion deal.

Providence Equity and Carlyle Group took Open Solutions private in January 2007 for $1.3 billion, or $38 a share. Fiserv said in announcing its acquisition that it paid $55 million to buy the company and assumed $960 million of debt, which is to be retired. Fiserv also said it would “benefit from an acquired tax asset with a net present value at the time of purchase of approximately $165 million.”

Fiserv said the tax assets are historical losses generated by Open Solutions primarily as a result of the company’s significant debt burden. Fiserv said it plans to use those losses in the future to reduce the taxes that it pays on profits that it generates.

Fiserv expects to increase revenue over the next several years by at least $75 million and to save more than $50 million in annualized costs, largely by cross-selling its extensive suite of bank technologies to Open Solutions clients and by eliminating duplicated functions.

Fiserv is one of the largest vendors serving commercial banks in the United States. With revenue of $4.3 billion in 2011, the Brookfield, Wis.-based company ranks No. 3 on the “FinTech 100” ranking by the newspaper American Banker, a trade publication. Fiserv is scheduled to report fourth quarter and 2012 results on Feb. 5.

Providence Equity and Carlyle Group began last spring to float the idea of an exit from Open Solutions, the Wall Street Journal reported last April, citing people familiar with the matter. The investment had not lived up to expectations, and the firms may not make money off the deal, the newspaper reported at the time.

A Carlyle Group spokesman confirmed the sale but did not respond to a question about its returns from the investment. Providence Equity did not immediately reply to requests for comment.

Standard & Poor’s Financial Services LLC said it would withdraw Open Solutions’s credit ratings following the announcement of the sale. S&P had been rating Open Solutions’s debt at ‘CCC+,’ which the agency uses to describe a company that is currently vulnerable and dependent on favorable business, financial and economic conditions to meet its financial commitments. The agency had cut the company’s rating from ‘B’ in December, citing its operating weakness, high leverage and strategic uncetainty.

“The rating action reflects the announcement by Fiserv that it has acquired Open Solutions for $1.02 billion which includes assuming and repaying its $960 million of debt,” said Standard & Poor’s credit analyst Jacob Schlanger. The outstanding bank debt will be paid off immediately while the rated subordinated debt will be paid off in 30 days following the expiration of the required call period, according to S&P.