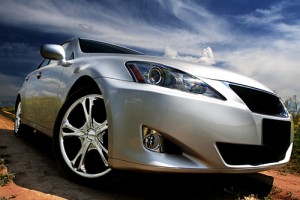 AutoTrader Group has filed to raise as much as $300 million via an IPO, according to a June 15 regulatory filing. The deal would be the second return on the online car market, which paid sponsors a dividend earlier this year.

Goldman Sachs and Morgan Stanley are lead bookrunners on the deal. AutoTrader did not disclose how many shares it would sell or their price. That information will come in future filings. The company is yet to decide whether to list on the NYSE or the Nasdaq, the filing said. It plans to use the ticker “ATG.”

AutoTrader, an online automotive advertising company, said it had more than 29 million average monthly unique visitors look at its more than 3.4 million daily car listings in first quarter, the filing said. Formerly known as AutoConnect.com, Atlanta-based AutoTrader was established in 1997.

It’s not clear if AutoTrader is pursuing a dual track process. But such maneuvers, filing for an IPO while also conducting an auction process, have become more common. Either way, it’s good for Providence. The PE firm is currently out marketing for its seventh fund which has a $6 billion target. In May, Providence announced it was selling Decision Resources, a research and advisory firm for pharmaceutical and healthcare issues, for about $635 million to Piramal Healthcare.  That follows the sale of Archipelago Learning to Thoma Bravo in March.

The deal means that Providence Equity Partners, which is out fundraising for its seventh fund, may get another exit. Providence has already received some of its money back fro AutoTrader. Earlier this year, the company paid out a $400 million dividend to shareholders.