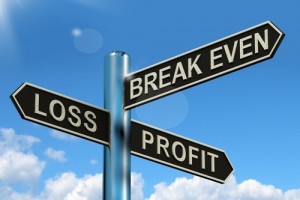 Providence Equity Partners is breaking even on its investment in SRA International in the near term. Down the road, a stake in SRA, which is merging with CSC’s government unit, is expected to lead to further profitability.

CSC said on Aug. 31 that it agreed to buy SRA and combine it with its government services unit, which is being spun off. SRA shareholders, including Providence, founder Dr. Ernst Volgenau and members of SRA’s management, will own 15.32 percent of the combined company and receive $390 million in cash. The deal is expected to close by the end of November.

SRA, like many companies in the government space, has struggled in the last few years, CSC President and CEO Mike Lawrie said on an Aug. 31 conference call. Lawrie expects the sector to consolidate with a number of assets going up for sale. “SRA did in its most recent year show a little bit of growth and we are modeling in modest growth meaning low single-digit growth as we go forward,” Lawrie said.

The transaction includes $3.5 billion in committed financing from MUFG and RBC, which will be used to finance the acquisition of SRA and the spin-off of the CSgov unit. The combined company will have about $5.5 billion in revenue and nearly 19,000 employees.

CSgov/SRA will be highly leveraged. The company will have about $2.7 billion in net debt. This includes debt from a $10.50 a share special cash dividend that CSC plans to issue shareholders once the government unit is separated, as well as the $390 million going to SRA shareholders and the refinancing of SRA’s $1 billion in debt, Thomson Reuters Loan Pricing Corp. said.

SRA represents a four-year hold for Providence. The private equity firm acquired SRA in July 2011 in a deal valued at $1.88 billion. Providence and SRA shareholders invested $394 million as part of the deal while Dr. Volgenau rolled over $150 million equity from the predecessor firm, a May 2012 SEC filing said. Volgenau received $120 million equity in the new company plus a promissory note, the filing said.

Providence will receive about $350 million of cash once the sale to CSC closes plus a 9 percent stake in the combined CSC government/SRA, a source said. The stake is expected to produce more profit for Providence, the source said. The rest will go to Volgenau and management, the person said.

The investment in SRA came from Providence’s sixth fund, which collected $12 billion in 2007. The firm has since raised a seventh fund, which closed at $5 billion in 2013. The sixth pool is producing a 5.77 percent IRR since inception as of March 31, performance data from the California State Teachers’ Retirement System said.

Fund VII is generating a 4.99 percent IRR and a 1.04x average multiple as of March 31, data provider Bison said.