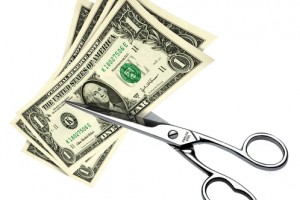 Providence Equity Partners’ seventh fund will likely come in at around $5 billion, according to two sources who attended the firm’s annual meeting last week.

Jonathan Nelson, Providence’s CEO, told investors at the meeting that fund VII will more likely raise $5 billion and not $6 billion, persons say. One of the sources says fund VII will close in December, while an LP says fundraising for the pool may be completed in first quarter.

The $5 billion total for Providence’s fund VII is a major reduction for the media-focused PE firm. In early 2011, Providence initially hoped to raise $8 billion for its seventh fund, according to press reports. In December 2011, peHUB reported that Providence was having a hard time reaching its target, which was now $6 billion.

Nelson, at the meeting last week, said that the “industry” had spoken in terms of what they were comfortable investing in Providence, the LP says.

Providence’s decision to downsize fund VII is a good decision, the LP says. “Smaller is better,” the LP says of fund VII. “I’d rather people be efficient with capital.”

The LP also noted that Providence Equity has a much different culture than other mega buyout shops. Those firms are more “soldiers of fortune” and have a more short-sighted view of deals, the LP says. In contrast, Providence executives are more “long-term players with each other and with the industry,” the source says. Providence, with fund VI, lost sight of that mind frame for a bit, the LP says.

“The world was a different place [in 2007] and people were drunk with large amounts of capital,” the LP says.

Providence has admitted it made mistakes with fund VI, the LP says. The firm has emphasized throughout its fundraising for its seventh pool that it will no longer take part in consortium deals, sources say.

Providence’s fund VII has also made its first investment, a follow on, in NEW Assurion. Providence original investment in NEW Assurion, valued at $578 million, came from fund VI. The firm is marking the investment at a 3x multiple, of which 2.7x is realized, a source says.

Separately, Providence has finally completed the sale of their stake in Hulu, the source says. Providence sold their 10% holding in Hulu to the company other investors– Walt Disney, Comcast Corp., and News Corp.– for $200 million, the person says.

Providence acquired its 10% holding in Hulu in 2007 for $100 million. The sale reportedly values Hulu at $2 billion.