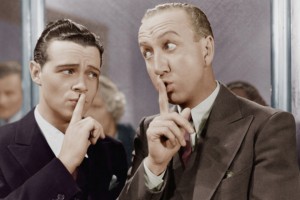 The pension system, which had almost $50 billion in assets as of June 30, 2013, has decided to remove alternative investment contracts that were posted prior to 2012 on a publicly accessible database through the state treasurer’s website.

PSERS made the decision after a financial blog, Naked Capitalism, this week publicized 12 LPAs that were available on the website.

“In the wake of the [Naked Capitalism] disclosures and after reviewing the hundreds of contracts posted, PSERS has made the decision to remove alternative investment contracts posted prior to 2012 from the Treasury Department website,” according to Evelyn Tatkovski, a spokeswoman for PSERS.

“Subscription agreements for those contracts posted prior to 2012 will be re-posted at a future date,” she said.

Since 2012, the pension system has only posted the companion contracts, so-called “’subscription agreements,’ by which PSERS actually commits public money to be invested,” Tatkovski said.

However, PSERS did not remove all the alternative investment contracts prior to 2012 that had been available on the public site. It was not clear how many were left to public view.

“PSERS recognizes the importance of both the public’s right to know how public dollars are invested and its legal duty as a fiduciary to maintain the confidentiality of sensitive investment information, and endeavors to strike a reasonable balance between the two,” Tatkovski said.

It also was not clear if the 12 LPAs that already have been published are now considered public records because they have been disseminated in public.

Closed documents inadvertently released into the public could be subsequently sealed off from public view, according to Terry Mutchler, executive director of the Pennsylvania Office of Open Records. That is not the case here, as the LPAs prior to 2012 were posted as part of routine practice to the public site.

Also, determining whether a record should stay open depends on dissemination, Mutchler said. “If it’s so broad as to not be practical to recall it effectively, it may be out there and transformed to a public record,” he said. “The answer is, it’s a case by case question depending on the dissemination, the type of record and how it was disclosed.”