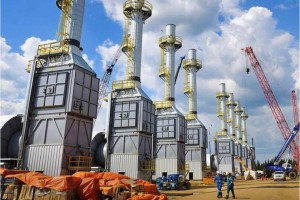 “It’s one asset class we’re looking into,” Bourbonnais told media in Montréal on Tuesday. “We do not currently have the internal expertise really, so we’re trying to look at how we’re going to build it first.”

Last week, the head of Healthcare of Ontario Pension Plan (HOOPP) expressed a similar sentiment, stating the prolonged weakness in energy prices is making valuations in the oil and gas attractive and revealed HOOPP is considering upping its investments in Canadian equities in response.

The interest mirrors that of larger Canadian pension funds, such as Canada Pension Plan Investment Board (CPPIB) and Ontario Teachers’ Pension Plan Board.

In June, Cenovus Energy, Canada’s second-largest independent oil producer, agreed to sell its portfolio of oil and gas royalty properties to Ontario Teachers for about $3.3 billion.

Bourbonnais, who joined PSP earlier this year from CPPIB, said he does not think oil prices have come close to hitting bottom.

“I think these markets have a ways to go,” said Bourbonnais, who was previously global head of private investments at CPPIB, one of Canada’s most active deal-makers with over $272 billion in assets under management.

Montréal-based PSP, which manages about $112 billion in assets, mostly for Canada’s public service, is also growing globally with the opening of offices in London in 2016 and Asia in 2017.

The fund is reviewing its hedging policy, given the current weakness in the Canadian dollar.

“We need to figure out what our hedging policy is going to be,” Bourbonnais said. “Right now we have got a strategy that’s hedging about half of our assets.”

(This story has been edited by Kirk Falconer, editor, PE Hub Canada)