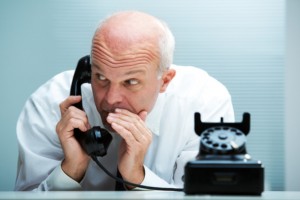 There is an effort under way on the part of some private equity firms to keep undisclosed certain fees paid by public pensions. Whether keeping these fee numbers private is right or wrong, the private equity industry would be better served if fees and returns were disclosed publicly if taking public funds.

More than 10 years ago, this issue arose with venture capital firms and the portfolio companies they invested in. Most top quartile venture capital firms have public pension funds among their limited partners, and journalists, political leaders and the like demanded that the financial dealings of these firms needed to be disclosed because they were taking public funds.

[contextly_sidebar id=”CjykgHEYs6ZMixN8ZNJq7q1sUbY8IeKh”]The venture capital firms argued that disclosing the valuations of their portfolio companies would place them at a competitive disadvantage and in the end, the losers would be the very pensioners that public disclosure advocates sought to protect.

A general compromise was reached: venture capital firms would be required to disclose their returns and fees but the valuations of underlying portfolio companies could remain private. However, the dispute drove some of the leading venture capital firms to exclude some public pensions from their following funds.

There is no doubt that private equity has often come under unfair political fire. Political haymakers in various states have made a big show of “investigating” fees paid to fund managers that are standard and uncontroversial in other states. Private equity is easy to portray as a villain. Their dealings are private and undisclosed, and it’s easy for political hacks to portray anything private as secretive and therefore sinister.

But taking public funds requires maximum disclosure. And while the common fee structures for fund managers in private equity may be unfairly targeted for attack, trying to keep them a secret will only put more blood in the water for political sharks.

The general compromise reached more than 10 years ago should still hold. Let private equity firms keep the underlying value of portfolio companies private to protect their competitive advantage and by extension protect the pensioners’ investments that sit within the portfolio. But fees and returns taken and made with public funds should be publicly disclosed. If private equity fee structures and returns are on the up and up, they can be disclosed to the public and will be in a stronger position to defend against unfair attacks.