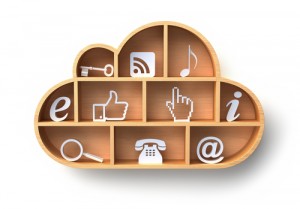 San Francisco-based PubNub, a provider of cloud infrastructure and building blocks for real-time apps that scale globally, announced that it has raised US$11 million in a Series B funding round. The deal was led by Scale Venture Partners and included participation from Canadian venture capital firm Relay Ventures and TiE Angels, which are existing investors. PubNub, which has to date raised US$15.5 million, will use proceeds from the new investment to expand worldwide sales and marketing.

SAN FRANCISCO, Sept. 17, 2013 /PRNewswire/ — PubNub, the only global Real-Time Network, today announced it has closed an $11 million Series B round of funding, bringing the company’s total funding to $15.5 million. The round was led by Scale Venture Partners (ScaleVP) with participation from existing investors Relay Ventures and TiE Angels. As part of the investment, Andy Vitus from ScaleVP will join the PubNub Board of Directors. PubNub is the first Real-Time Network to receive Series B funding, and will use the investment to expand worldwide sales and marketing to meet rapidly increasing demand.

PubNub makes it easy and cost-effective for developers to deliver real-time capabilities to any device at a massive scale. The PubNub Real-Time Network is a cloud-based infrastructure that provides the key building blocks for delivering real-time experiences to any device, whether mobile, browser, desktop or server via a simple-to-use API that supports more than 50 environments including iOS, Android and JavaScript. With traffic distributed across 11 datacenters worldwide, PubNub currently powers thousands of real-time apps and streams three million messages per second to over 100 million devices each month.

“PubNub’s 200x increase in traffic volume over the last 18 months validates the growing market demand for real-time applications,” said Todd Greene, Founder and CEO of PubNub. “ScaleVP recognizes this trend, and has the expertise and resources to help us maximize our next stage of growth as we expand our sales and marketing operations and enter new markets.”

“We see a major market shift to real-time applications and PubNub is leading that advancement. The company is enabling their customers to rapidly develop and, more importantly, scale real-time applications,” said Andy Vitus, Partner at Scale Venture Partners. “PubNub is an exciting addition to our portfolio and I look forward to working with Todd and his team, and seeing the modern apps that their customers bring to market.”